9 Marks of a Malignant Ministry 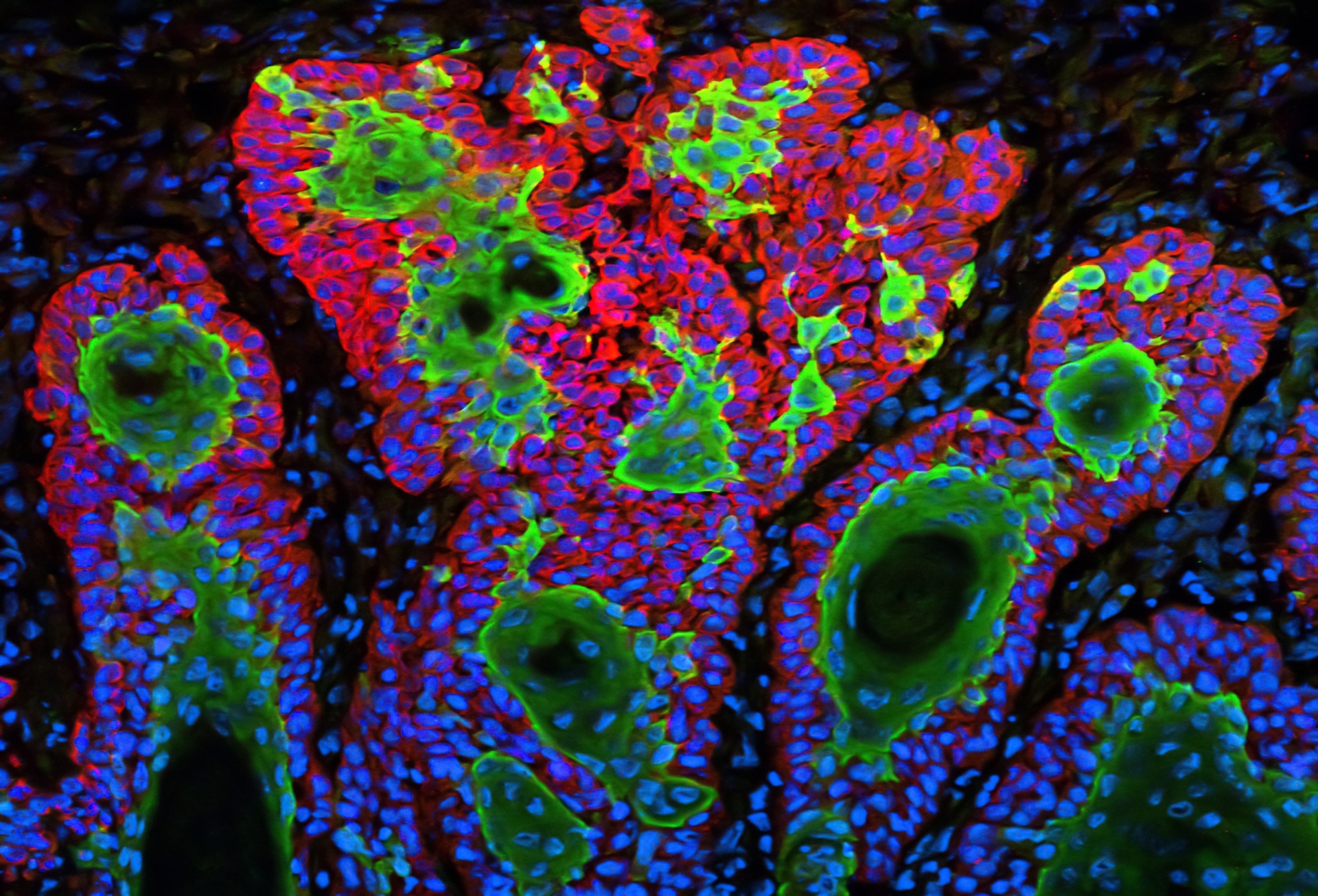 In Paul’s second letter to the Corinthians, one of his aims is to expose the false teachers, whom he sarcastically calls ‘super-apostles’ (11:6)[i], since they had set the church on the slippery slope of ecclesiastical downgrade. In doing so, he defends his own apostolic ministry by which he had brought them the gospel and started them on solid ground. The result is more than just an interesting historical account of first century church controversy – the Spirit provides a diagnostic manual for identifying ecclesiastical malignancy. Consider nine marks of a cancerous church and its leadership that will choke the spiritual growth of its unhappy members.

Illegitimate leaders are selling you something, and they are not too coy to use compulsion on congregations to get them to give more – capital campaigns, pledge pressing, and even scolding are all within their tactical arsenal, and it is not the poor widow or the needy missionary who benefit, but themselves with new and improved premium platforms for their own ministry. Knowing this, Paul chose to labor in the gospel free of charge, so as to undermine the false teachers and expose their greed (11:7-12). He sought souls, not their possessions (12:14). And although he did collect money, he did it on behalf of the poorest of the poor, with above reproach accountability, not using compulsion, but encouraging generosity from the heart (8-9).

“We refuse to practice cunning or to tamper with God’s word…” (4:2)

Subtlety with clever and creative use of biblical texts, making major points which are foreign to the original context and authorial intent is the specialization of false teachers. Unpopular portions of Scripture are simply skipped, or if they are preached, they are done so apologetically and in a way that endears the preacher to his audience by showing them that he is more sensitive to the issues of the day than the Holy Spirit who authored the Bible. By contrast, Paul described his own method of preaching: “by the open statement of the truth we would commend ourselves to everyone’s conscience in the sight of God” (4:2). In other words, he handled God’s Word honestly and was direct, concerned about God’s approval, not man’s.

“For what we proclaim is not ourselves, but Jesus Christ as Lord…” (4:5)

One of the tell-tale tests to identify malignant ministers is to listen for how much of themselves they insert into their sermons. Compare how many minutes are devoted to illustrations and anecdotes that star themselves and their family ­– in ways that impress you, endear you, or just make you laugh – to time spent in actual exposition and explanation of Scripture and its implications. This is simply another way to boast in the flesh and marks malignancy in ministry (11:8). Paul was loathe to boast about himself, choosing rather to boast in the Lord (10:17), in his own weaknesses (11:30), and in the sufficiency of God’s grace to endure them (12:9).

“… so that you may be able to answer those who boast about outward appearance…” (5:12)

An unhealthy concern for style and external impressiveness marked the ‘super-apostles’, who infected the Corinthians with disdain for Paul’s unimpressive physical presence and unpolished speaking style (10:10). Similarly, ministries that make it a top priority to live up to and mimic worldly standards of optical excellence and professional presentation have traded style for true spiritual substance. But Paul understood that knowledge of God and competency with His Word were superior to style (11:6); he favored preaching that avoided lofty and impressive flair, so that it would be evident to the Corinthians that their faith was a product of the power of truth and the Spirit of God, rather than the effectiveness of man’s performance (1 Cor. 2:1-5).

5. Partnering with the World

“Do not be unequally yoked with unbelievers. For what partnership has righteousness with lawlessness…” (6:14)

Some interests of the church overlap with those of some unbelievers, including those of false religions. Good causes, including freedom from tyranny and the right to life for the unborn are examples in our day. But when the church embraces partnership with the world for the success of social causes, it obscures its mission and its message. Just because something is in the interests of the church, it shouldn’t be confused with the special mission of the church, which is the worship of the Trinitarian God of Scripture as the body of Christ and the Great Commission to make disciples of the Lord Jesus through the gospel (Matt. 28:19-20). Paul understood that when the church partners with pagans for purposes beyond its biblically defined mission, the result is compromise of its gospel witness to the world, since this depends upon true unity in Christ by the Holy Spirit (John 17:23), which is marred when light is mixed with darkness and the temple of God aligns with idolaters for the sake of shared social concerns (6:14-15).

“For though we walk in the flesh, we are not waging war according to the flesh. For the weapons of our warfare are not of the flesh…” (10:3)

The weapons of the world are tactics that arouse the flesh and are aimed at the senses. Whether it’s the ambience, the music or the message, the method is usually sensuality that provokes physical feelings and emotional experience, rather than convince the mind of logical, biblical truth. Dim lights, loud repetitive music with a beat that entices rhythmical movement, and a message aimed at the emotions – whatever it takes to elicit a visceral reaction – manipulate feelings into belief that something profound, even supernatural, has happened. However, Paul rejected such sensual methods and instead employed the weapon of divine truth aimed at the mind: “For the weapons of our warfare are not of the flesh but have divine power to destroy strongholds. We destroy arguments and every lofty opinion raised against the knowledge of God, and take every thought captive to obey Christ” (10:4-5). He knew that conforming to the world’s sensual methods is folly, since we are transformed by the renewing of the mind (Rom. 12:2) and sanctified by means of the truth of God’s Word (John 17:17).

“But I am afraid that as the serpent deceived Eve by his cunning, your thoughts will be led astray from a sincere and pure devotion to Christ.” (11:3)

The serpent in the garden cast doubt on the truthfulness and clarity of God’s Word (Did God actually say?), and false teachers do likewise. Does God’s Word actually say homosexuality will send you to hell? Does it actually say women can’t be leaders and teachers of men in church? Paul boldly and clearly proclaimed unpopular biblical teaching (1 Cor. 6:9-10; 14:34). Further, false teachers make devotion to Christ more about emotional, affectionate feelings for Christ, rather than obedience to Christ’s commands. Paul, in contrast, understood that he was under the law of Christ (1 Cor. 9:21) and aimed to take every thought captive and make it obedient to Christ (10:5), because he knew that to love Christ is to obey His commands (John 14:15).

“For if someone comes and proclaims another Jesus than the one we proclaimed… or if you accept a different gospel from the one you accepted…” (11:4)

Many Christological mutations have manifested, most attacking the deity of Christ, but some denying his humanity. But rather than heresy, a more subtle method is to present an imbalanced picture of Jesus, overemphasizing His meekness or focusing exclusively on His acts of kindness, while ignoring His frequent confrontation of sin and his demanding precision when interpreting Scripture. But Paul taught and imitated the whole Christ: “I, Paul, myself entreat you, by the meekness and gentleness of Christ… since you seek proof that Christ is speaking in me. He is not weak in dealing with [your sin], but is powerful among you” (10:1 & 13:3).

Similarly, false teachers preach a weak and incomplete gospel, rather than outright falsehood. Free grace and contentless faith are focussed on, while Lordship salvation and repentance for the forgiveness of sin are left out. Some suggest ‘doing’ the gospel is preferred to preaching it. This ‘Greater’ Commission is going out and being nice, doing social good or kind deeds, which is said to be the same as spreading the gospel. This is the modern method of dredging up the old damning doctrine of works-based salvation – good deeds are equated with gospel witness, and Christ-like niceness replaces preaching the cross. This was not Paul’s method of ministry: “we preach Christ crucified, a stumbling block to Jews and folly to Gentiles…” (1 Cor. 1:23).

9.  Disguising Themselves as Servants of Righteousness

“And no wonder, for even Satan disguises himself as an angel of light. So it is no surprise if his servants, also, disguise themselves as servants of righteousness.” (11:14-15)

Last but not least, malignant ministers self-identify as shepherds or arise from the flock as wolves in sheep’s clothing. They seem spiritual, they claim a high view of Scripture, and they feign humility. They are attractive, culturally astute, and appear genuinely interested in you. They say Jesus’ name a lot, they are able to talk theological circles around you with fluent bible-speak, and some have even been to seminary. So beware, and be patient. Eventually, you will know them by their fruits (Matt. 7:15-20), and their end will correspond to their deeds (11:15).

The Corinthians failed to discern the malignant marks of the ‘super-apostles’. They allowed themselves to be infiltrated and infected by their winsome, yet worldly ways. This may seem surprising, considering that the Corinthians were actually very knowledgeable and blessed with great giftedness (1 Cor. 1:4-6). But they were also impressed by celebrity leaders (1 Cor. 1: 12), were prone to prideful boasting (1 Cor. 4:7), and were soft on sin (1 Cor. 5:1-2). This culture of adulation, self-congratulation, and indifference to immorality left them with a big blind spot which allowed ministerial malignancy to grow undetected until the prognosis was grim.

And for similar reasons, this disease continues to plague many churches today. It begins with a desire to not look foolish in the world’s eyes, then comes a little laxity in handling God’s Word, an attitude that the ends justify the means, success with attracting the world’s admiration, fighting for greater causes than biblical truth and holiness, and eventually the unimaginable – the gospel and Christ Himself are abandoned.

But forewarned is forearmed, and an ounce of prevention is worth a pound of cure. So let’s learn the symptoms and signs, but also take our vitamins and build immunity while we can – embrace foolishness for Christ, seeking His glory, not man’s; fight the good fight of preaching Christ crucified and the whole council of His Word, and with the help of His Spirit, let’s put to death the deeds of the flesh, while putting on the whole Christ.

[i] Unless otherwise stated, all Scripture references are from 2 Corinthians.