Partiality: Our Problem and God's Prescription 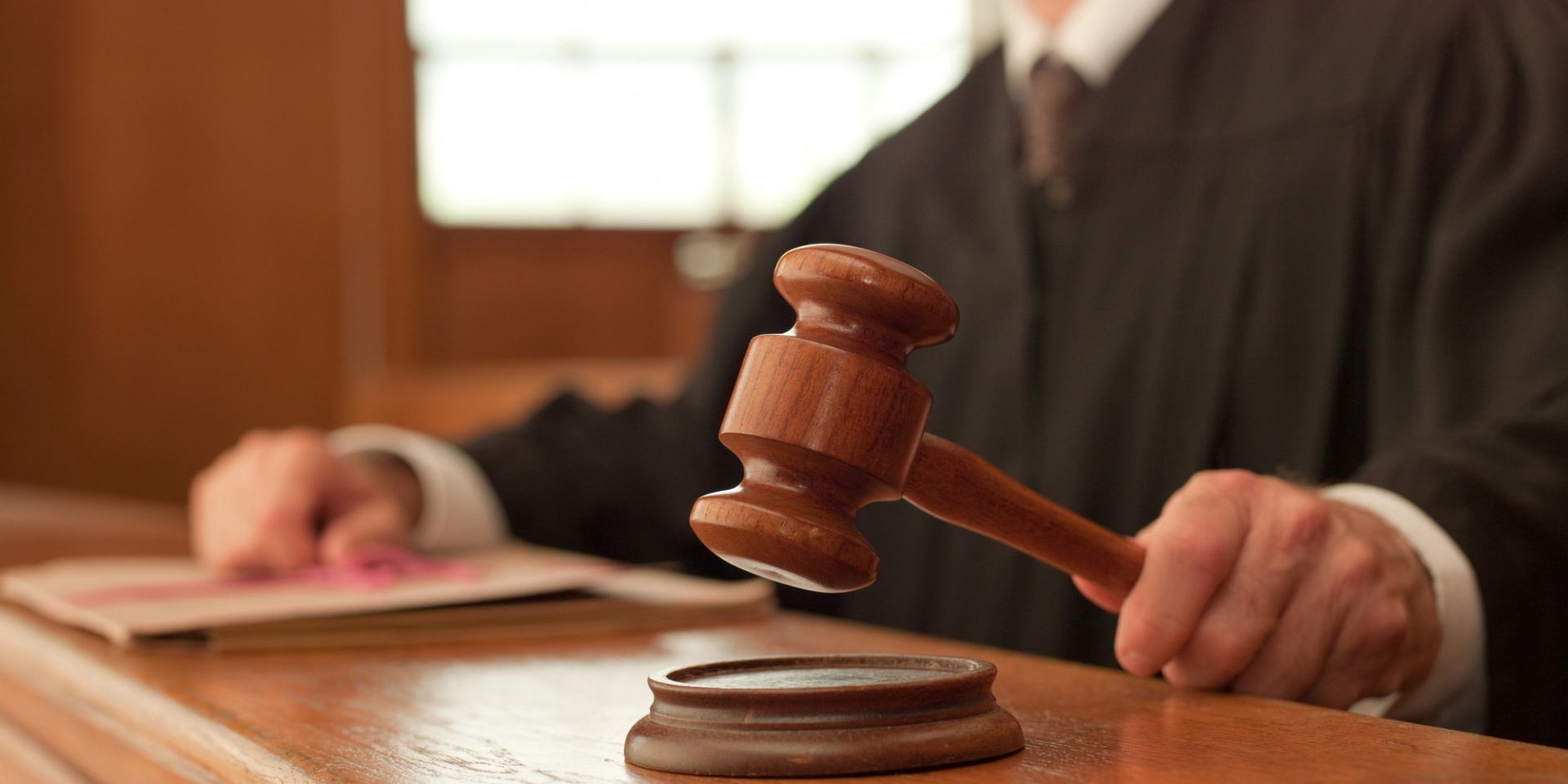 "My brothers, show no partiality as you hold the faith in our Lord Jesus Christ, the Lord of glory. For if a man wearing a gold ring and fine clothing comes into your assembly, and a poor man in shabby clothing also comes in, and if you pay attention to the one who wears the fine clothing and say, 'You sit here in a good place," while you say to the poor man, "You stand over there," or, "Sit down at my feet," have you not then made distinctions among yourselves and becomes judges with evil thoughts?" (James 2:1-4).

Partiality, which is condemned by James and the rest of Scripture, is challenging to define. All of us understand that having and showing preference is not always sinful. You rightfully are partial to your spouse and kids. We have natural affections for our friends and loved ones that translate into preferential treatment for them in a variety of ways. And shouldn't we esteem and honor a faithful brother or sister who has suffered for Christ's name more than an unbeliever who is hostile towards Christ and the church? Preferential affection and even behavior is not necessarily evil in itself, but it can quickly become sinful because of our sick hearts (Jer. 17:9).

The partiality that James condemns is a preferential attitude and behavior that comes from making wrong judgments about a person based on externals. A poor man is falsely evaluated as being less because he has less of what the world considers to be a measure of success. A rich man is falsely evaluated to be better because he has more of the world's success currency. And misjudgment based on these externals leads to sinful, unfair, biased behavior. This is the nature of prejudice - worldly misjudgment based on superficial externals that produces division and disharmony, and when present in the church, it destroys the unity of the Spirit that we are commanded to preserve in the bond of peace (Eph. 4:3).

James challenges his audience's superficial, worldly way of thinking with this:

"Listen, my beloved brothers, has not God chosen those who are poor in the world to be rich in faith and heirs of the kingdom, which he has promised to those who love him? But you have dishonored the poor man. Are not the rich the ones who oppress you, and the ones who drag you into court? Are they not the ones who blaspheme the honorable name by which you were called?" (James 2:5-7).

Now if we are not careful here, we could fall into the same pit that has swallowed many who are engulfed in the modern social justice movement. If we look at these verses superficially, we might be tempted to conclude that God is biased towards the materially poor, and that Scripture condemns the wealthy as a class of oppressors. In fact, if we took the bait and fell into the trap of reading these verses through the distorted lens of Critical Theory, we might very well conclude that privilege itself is the root of all this evil, and that the way forward must be to preferentially favor the less privileged (the victims) and punish the more privileged (the oppressors). After all, isn't that God's way? No, that answer will not do.

By employing the whole counsel of God, and with the help of the Holy Spirit, we will avoid this pitfall. Although God does indeed have a heart of compassion for the poor (Ex. 22:25-27), and He has delighted to save many who are low and despised in the world so that no one might boast in His presence (1 Cor. 1:28-29), ultimately His saving love is for the poor in spirit who will mourn for their sin (Matt. 5:3). No want of money (nor wealth of it) ever saved anyone from his or her sins.

And Scripture condemns partiality towards the poor just as much as partiality towards the rich (Ex. 23:3; Lev. 19:15). To be sure, Jesus and the apostles give many warnings about the spiritual dangers of money, but it is not wealth itself that is evil, but the love of it and the tendency to hoard it (1 Tim. 6:10; James 5:3). In fact, God often blesses our diligence with wealth (Prov. 10:4, 22), even while He sometimes takes it away for His own sovereign purposes (Job 1:21). God gives wealth in order to test our character, generosity and gratitude (1 Chron. 29:17; Deut. 8:11-17).

Now it is true that history has demonstrated a general pattern of partiality that favors the rich, with members from powerful, elite classes of society oppressing the poor. That is a repeated pattern that has often been demonstrated with this sin. But the error of the social justice movement is to simply flip this pattern on its head in order to practice partiality in reverse. This results from a superficial analysis of the problem of poverty, with blanket prejudgment of those they call privileged based on externals - whether it be wealth, race, or gender - and committing bias in favor of the less privileged as an entire group. It is like saying, if you are an indigenous woman with a lower income, "You sit here in a good place." But if you are a middle-income white man, "You stand over there," or "Sit down at my feet." The principles of James chapter 2 are equally condemning of this particular permutation of partiality.

Scripture makes it clear that God does not judge based merely on externals such as wealth or physical attributes, but rather He looks at the heart (1 Sam. 16:7; 1 Pet. 3:4). Indeed, He knows our hearts completely (Prov. 15:11). While this fact ought to give us comfort and cause us to tremble simultaneously, it does not really solve the problem of how to overcome our own partiality. We do not share God's capacity to accurately judge the hearts and motives of people around us (1 Kings 8:39), and Scripture warns about attempting to do so (1 Cor. 4:5). If we trade judging based on externals for judging people's hearts, we will not have solved our problem at all, and in fact, we will be in an even worse mess of disharmony.

So what is the way forward? James gives the answer:

"If you really fulfill the royal law according to the Scripture, 'You shall love your neighbor as yourself,' you are doing well. But if you show partiality, you are committing sin and are convicted by the law as transgressors. For whoever keeps the whole law but fails in one point has become accountable for all of it. For he who said, 'Do not commit adultery,' also said, 'Do not murder.' If you do not commit adultery but do murder, you have become a transgressor of the law. So speak and so act as those who are to be judged under the law of liberty. For judgment is without mercy to one who has shown no mercy. Mercy triumphs over judgment" (James 2:8-13).

James' answer to the problem of prejudging and committing partiality is the royal law or the second great commandment (Matt. 22:39) or the golden rule (Matt. 7:12), all of which simply says to judge and treat others as you would reasonably hope to be judged or treated yourself. This sounds simple enough, but James adds a complicating catch - first judge yourself according to God's law in order to get a heart of humility and measure your own need for mercy. The verdict? You are a lawbreaker. Even if you have failed in just one point of the law, Moses is ready to accuse you (John 5:45), and even if you imagine that you are not an adulterer or a murderer, Jesus would have you think again (Matt. 5:21-22, 27-28) - you and I have been those things in our hearts and have become transgressors of the law.

In humility, however, we called out for God's mercy (Ps. 51:1). And God, being rich in mercy, made us alive together with Christ Jesus (Eph. 2:4-5). He saved us, not because of our own righteousness, but according to His own mercy - and because of His mercy, He washed us and caused us to be born again (Titus 3:5; 1 Pet. 1:3). And not only have we been washed, but sanctified and justified by faith in the name of the Lord Jesus Christ and by the Spirit of our God (1 Cor. 6:11). Now we are released from the law in order to serve in the new and living way of the Spirit, rather than in the old way of the written code (Rom. 7:6). This does not mean that we are completely free from the law of God in all senses, but rather that we are now under the law of Christ (1 Cor. 9:21), which James refers to as the law of liberty.

The driving principle of this new law is mercy, and as participants of the new covenant, we have this written on our hearts and so obey it with new hearts by the power of the Holy Spirit (Heb. 8:10; Jer. 31:33; Ezek. 36:26-27). As recipients of such immense mercy, we dare not fail to show mercy to others, for not only would that be incompatible with this law of liberty that is written on our hearts, but it would be to invite merciless judgment from God on ourselves (Matt. 18:32-35). And we must extend this mercy liberally to both the poor man and the rich man alike - to both the more privileged and the less privileged - we must see to it that no one fails to obtain the grace of God that we ourselves have received and on which we have set our hope (Heb. 12:15).

In every way, mercy marvelously triumphs over judgment. It was God's mercy that saved us from the judgment we rightly deserve for our sin. It is by continual contemplation on this mercy that we ourselves have received that we will be purged of our pride, which is the root cause of disunity. It is through the liberal, indiscriminate practice of mercy to one another that we will be saved from prejudice and partiality and disunity. And ultimately, our acts of mercy will be re-visited by God's mercy back to us on the Day of Judgment.

"Blessed are the merciful, for they shall receive mercy" (Matt. 5:7).