Wisdom from the Weak: Survival Strategies for the Persecuted Church 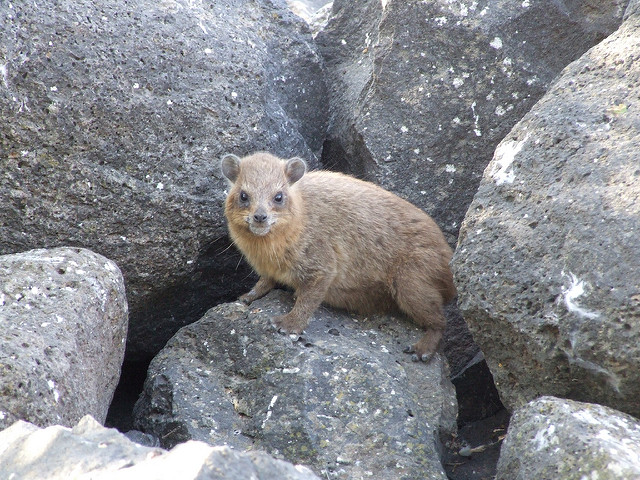 “Four things on earth are small, but they are exceedingly wise:

the ants are a people not strong, yet they provide their food in the summer;

the rock badgers are a people not mighty, yet they make their homes in the cliffs;

the locusts have no king, yet all of them march in rank;

Although the North American church has enjoyed peace for a peculiarly prolonged season, it has recently begun to taste some of the tribulations that Scripture teaches are actually normative (1 Pet. 4:12). While these persecutions have been relatively mild compared to other places in the world and other times in history, we are now witnessing persecution nonetheless.

As believers, we find comfort and strength for hard times in God’s Word. But we also need wisdom and shrewdness, which we again search for and find in Scripture. Indeed, Christ has commanded us to be shrewd (Matt. 10:16). With this aim, let’s consider an easily overlooked passage from Proverbs 30, where Solomon summarizes survival strategies for small creatures. While he could not have been contemplating the persecuted church at the time of his writing, here are four generally applicable principles for overcoming the hostility of a fallen world that would otherwise extinguish life – four ways that weak things may win the war to survive.

It’s hard to imagine anything smaller or weaker. Yet Solomon extols the ant because it is a model of diligence. It is not capable of heavy lifting or heroic acts. But the ant survives through effort that is consistent and constant, persistent and persevering. “She prepares her bread in summer and gathers her food in harvest” (Prov. 6:8). She never lets up preparing or working, which is the genius that guarantees that she will reap the fruits of her labors.

Lessons for the persecuted church? Like the ant, the church’s survival has always been dependent on diligence and not letting up. Consistent gathering, worshipping, fellowshipping, hearing the Word, and living it out corporately characterized the first church and the faithful church ever since – and the Lord adds to the diligent, devoted church (Acts 2:42-47).

What is the consequence for resting on laurels, taking a brief holiday from labours, and failing to persevere during seasons of persecution?

“A little sleep, a little slumber, a little folding of the hands to rest, and poverty will come upon you like a robber, and want like an armed man.” Prov. 6:10-11

This is by far the most critical lesson for the persecuted church – diligence and patient endurance. Without this, the church invites the Lord’s chastisement and even the threat that He will come and remove its lampstand from its place (Rev. 2:5).

Compared to its predators, a rock badger is weak and vulnerable. Fighting is a fatal strategy. Therefore, rock badgers wisely choose pre-emptive flight instead. Rather than making their homes on the ground or somewhere that is easily accessible to the enemy, they venture high up into the cliffs, out of sight and out of easy reach. This doesn’t make them immune to a particularly motivated predator who could make the arduous ascent if it wanted to catch them. But most predators are interested in easier prey and will opt for lower-hanging fruit.

Lessons for the persecuted church? Like the rock badger, the afflicted, mistreated church has throughout history gone about “in deserts and mountains, and in dens and caves of the earth” (Heb. 11:38). And while caves and catacombs don’t make the church immune to a super motivated persecutor, inconvenience can often be enough to demotivate an unenthusiastic enemy and thus prolong the life of the secret church during a season of hostility.

Anyone can crush a locust. And even as an army, they have no great champion to protect them or fight their battles for them. Yet God used locust plagues to destroy Egypt in the Exodus and chastise the nation Israel at times of judgment. One locust is not a problem, but when locusts organize and cooperate in large numbers, they form an army that works together to overwhelm almost anything. With solidarity and numbers, small locusts can decimate kings and kingdoms.

Lessons for the persecuted church? Is there a time for the church to take the offence and fight with civil action against a persecuting government? And if so, when and how? Such questions will continue to be hotly debated, and no attempt to answer them will be made here. However, we can at least gain wisdom by seeing that there is strength and success in solidarity – uniting and organizing in greater numbers that cross lines that might otherwise divide the church. It is unbiblical for the church to partner with unbelievers in spiritual enterprises (2 Cor. 6:14-16), and the church is called to spread the gospel, not to socio-political reform. However, Christian alliances that cross even denominational boundaries could strengthen the suffering church, and there may be even more to be gained by standing together for even more than the gospel. And regardless of civil disobedience, we must always be on the offensive in the truth war:

“For the weapons of our warfare are not of the flesh but have divine power to destroy strongholds. We destroy arguments and every lofty opinion raised against the knowledge of God, and take every thought captive to obey Christ.” 2 Cor. 10:4-5

The lizard, likely a house gecko, despite being unpopular with the gentler gender, is tolerated because it is basically benign. A child can take it in his hands, and even if it bites, no real harm will result. It might seem creepy – you might rather be rid of it – but it can be allowed as long as it remains harmless. It even shows itself useful by eating more annoying things like moths and mosquitoes. For these reasons, it lives peaceably in kings’ palaces. This would not be true if it became more than a mild irritant. If it threatened any real danger, its speed and agility would not save it; it would be hunted down and exterminated expeditiously.

Lessons for the persecuted church? There is longevity in following the command to “… live quietly, and to mind your own affairs, and to work with your hands… so that you may walk properly before outsiders…” (1 Thess. 4:11; cf. 1 Tim. 2:2). We cannot completely avoid persecution: “Indeed, all who desire to live a godly life in Christ Jesus will be persecuted” (2 Tim. 3:12), but it is wise, not just obedient, to “[i]f possible, so far as it depends on you, live peaceably with all” (Rom. 12:18). And when you live in Babylon, you will do well to settle in as unassumingly as you can without compromising your faith, and think about the long game (Jer. 29:5-7). We are called to be a submissive people (Rom. 13:1), willing to lay down our rights and freedoms for our Christian witness (Matt. 5:38-41), shining our lights as peacemakers in a dark world (Matt. 5:9, 14-16; Phil. 2:14-16). To be clear, the gospel is offensive (Rom. 9:33), but our defense of it is to be “with gentleness and respect, having a good conscience, so that, when you are slandered, those who revile your good behavior in Christ may be put to shame” (1 Pet. 3:15-16). Christ promised that the church would be triumphant (Matt. 16:18), but it would be folly to neglect peaceability as part of the battle plan.

While the church can never afford to take a holiday from the work Christ has commissioned us to do, there may be a time for flight, fight, or for simply laying low. Difficult days are ahead, and great discernment is needed to determine the best and most biblical path.

“[T]he wise heart will know the proper time and the just way. For there is a time and a way for everything.” Eccles. 8:5b-6a

“The spiritual person judges all things, but is himself to be judged by no one. ‘For who has understood the mind of the Lord so as to instruct him?’ But we have the mind of Christ.” 1 Cor. 2:15-16

A Prayer for the Church

Lord Jesus, help Your church. Fierce wolves have arisen against it. You have promised to build it, and that the gates of hell will not prevail against it. She is Your bride, bought with Your blood. You washed her by Your Spirit and Your Word. Sanctify her in the truth; Your Word is truth. Grant wisdom to her overseers, Your under-shepherds. Help them to feed, guide, and protect Your sheep with integrity and humility. May we be wise as serpents, but innocent as doves. Your church is the pillar and buttress of the truth. May she be salt that pleasantly preserves and light that peaceably pierces. Help her to maintain the unity of the Spirit in the bond of peace. May she be one, even as You are one with Your Father, so that the world may believe that He sent You. Please come soon, to take us to be with You where You are, to see Your glory, the glory that You had with the Father before the world existed. Amen. Come Lord Jesus!