The Gospel of Grace and Peace - Part 2 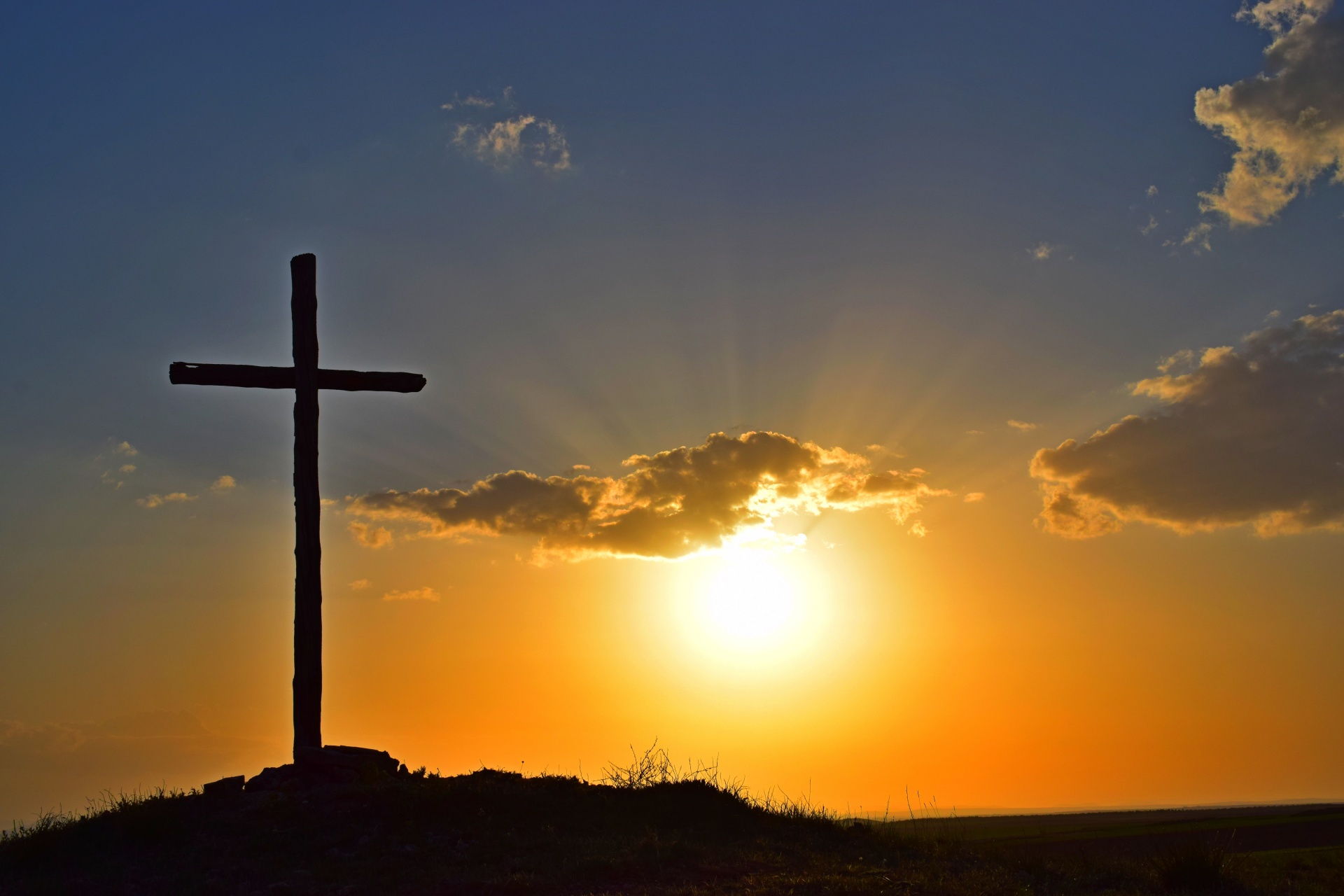 Last week, we concluded that when Paul says, "Grace to you and peace from God our Father and the Lord Jesus Christ," he is saying so much more than merely, "Greetings." He wants the believers to enjoy a deeper, richer understanding and experience of God's blessing in their lives as well as their peace with him and from him. Paul wants them to be more fully aware of God's undeserved favor in their salvation as well as his favor in empowering them to live for him. Paul wants them to know what it means to be at peace with God and to have the peace of God.

Why Do We Need Grace and Peace?

God says that there is no peace for the wicked. We could flip that statement around this way: "There is hostility between God and wicked." No one is born into this world at peace with God. Our father Adam rebelled against God by eating of the forbidden fruit; through him, the entire human race was corrupted by sin:

Adam's sin infected the human race with sin, and sin makes us hostile toward God. And we were born into this world sinners. We were born dead, dead in our trespasses and sins (Ephesians 2:11). Before salvation we wanted sin; we enjoyed sin; we delighted in what God hates. Titus 3:3 says, "For we ourselves were once foolish, disobedient, led astray, slaves to various passions and pleasures, passing our days in malice and envy, hated by others and hating one another." Ephesians 2:3 says, "...we all once lived in the passions of our flesh, carrying out the desires of the body and the mind, and were by nature children of wrath, like the rest of mankind." We were corrupted to the core. We were slaves to the lusts of the flesh, to its various passions and desires. Even our minds were affected such that we didn't think rightly. We were born blind, dead, deceived, depraved, darkened. In that state, there was nothing we could do to set ourselves free.

In this condition, we belong to God's wrath; we are, the text says, by nature children of wrath. Imagine some hateful creature, like snakes, only more wretched – vile creatures, the objects of your vehement wrath. Their children, being created in their image, we might call children of wrath. We don’t understand how gross our sin is to God. Sin is contrary to every good thing in which he delights, contrary to God himself. We are born loving and desiring sin, but God eternally exists hating sin. This is why we are called enemies of God (Romans 5:10). According to that section in Romans 5:6–10, we were helpless, ungodly, sinners, objects of wrath, enemies, and we needed to be reconciled to God. This is mankind before salvation:

"And you, who once were alienated and hostile in mind, doing evil deeds..." (Colossians 1:21).

This is mankind from God's perspective, and this is why we need grace and peace. We are at enmity with and hostile towards God, alienated from him – there is no peace for us. Worse yet, there is nothing we can do to deliver ourselves from this state. Nothing we can do could ever earn God's saving favour.

Not even faith is enough, if I can put it that way. Faith does not appease God's wrath; it does not earn God's favor. Faith is essential, but we are not saved by faith, as if the act of faith were the basis for our salvation. Scripture says, "For by grace you have been saved through faith. And this is not your own doing; it is the gift of God..." (Ephesians 2:8). We are saved by the grace of God. Faith is an instrument. God’s grace is the ultimate cause of salvation. He does the saving, not us.

So, if you're imagining faith as something that you contribute, that you accomplish, you're dead wrong. God does the saving. The whole act of salvation – the saving, the grace, and the faith – is not a work of yourself; no, it is the gift of God. God works through faith, which He grants to His people by grace, to bring about salvation. Or, to keep it in the language of Ephesians 2, through faith, God raises us from deadness in sin to new life in Christ. In other words, faith is that "thing" which God both causes and uses to bring us from one state to another.

Faith is the like a riverbed through which water flows to get from the mountains to the ocean. The water flows through the riverbed, but not because of the river bed itself. Gravity and the melting of snow on the mountains cause the water to flow; the riverbed is the merely the path that takes the water from the mountains to the sea. Similarly, faith takes us to the ocean of salvation, but it is not the cause of salvation, nor is it the savior. Don't trust in something you can do as a dead sinner (or something you think you can do); trust in God who raises the dead.

So, we need grace, because without God's saving grace, we will suffer eternal wrath in hell. There is no salvation apart from grace.

"We have all become like one who is unclean, and all our righteous deeds are like a polluted garment. We all fade like a leaf, and our iniquities, like the wind, take us away" (Isaiah 64:6).

Our righteousness is polluted because we ourselves are unclean. Our iniquities, like the wind, take us away. And where do they take us? The answer: further into sin and, ultimately, to hell.

We need grace and peace because only grace can give us peace with God, and only peace will restore our broken relationship with God.

How Can God Grant Grace and Peace?

This might seem like a pointless question, but this is harder than many imagine. The world knows little about God, but if they know anything, it is this: that he is loving and merciful and would never punish its sin. The world thinks that forgiveness is a very easy thing, when really it is the hardest thing of ten thousand.

When we ask, "How can God grant grace and peace?" the first thing to deal with is the fact that sin must be punished. God is holy as well as loving. He is just and merciful. God cannot ignore sin any more than he can deny himself. God cannot be unjust, nor can he be unholy. In the same way, God cannot not punish sin. To do so, would be to deny himself on so many levels.

But more than that, if God did not punish, he would lessen his other attributes as well. How great would his patience be if sin were no big deal and easily overlooked? God's goodness towards sinners in common grace wouldn't be so good if sin wasn't so bad. Mercy wouldn't be so merciful, grace not as gracious. I think we could pretty much look at every attribute of God and see how it would be diminished if God were not to punish sin.

In punishing sin, God reveals his glory, just as He reveals his glory in saving us from our sin. Therefore, the question, "How can God forgive sinners and, at the same time, remain just?" is a very good one. The answer, of course, is that Jesus took our punishments upon Himself:

"For while we were still weak, at the right time Christ died for the ungodly. For one will scarcely die for a righteous person – though perhaps for a good person one would dare even to die – but God shows his love for us in that while we were still sinners, Christ died for us. Since, therefore, we have not been justified by his blood, much more shall we be saved by him from the wrath of God. For if while we were enemies were reconciled to God by the death of his Son, much more, now that we are reconciled, shall we be saved by his life" (Romans 5:6–10).

Jesus died for the ungodly. He died for sinners. He died for us even though we were His enemies. He died to pay the penalty for our sins so that holy God could remain just while, at the same time, declaring us just:

Jesus came to save his people from their sins, to fulfill all righteousness on their behalf. He came to make an atoning sacrifice on for them, one that would deliver them from God's wrath.

"For Christ also suffered once for sins, the righteous for the unrighteous, that he might bring us to God..." (1 Peter 3:18).

Jesus' perfect life and sacrificial death is the basis for God's grace and peace. Because of Jesus' death, God's wrath against us has been satisfied. Because of Jesus' life and perfect righteousness, God's righteous demands have been fulfilled. We know this because Jesus rose from the dead, demonstrating that God was satisfied with Jesus' payment.

And what Jesus accomplished is applied to us through our union with Christ. We are joined to Christ – married to him, we might say. The church is the bride of Christ. Through this union, what belonged to us is counted as Christ's, and what belonged to Christ is counted as ours. Our sin was punished in Christ on the cross as he bore God's wrath in our place. His righteousness is ours in Christ so that when God interacts with us, he treats us as righteous; He sees only Christ's righteousness. This exchange of sin and righteousness is sometimes called the great exchange. It's also what we call justification. Justification refers to God's declaring us righteous in his sight. It is a gift of God's grace. Again,

"Therefore, since we have been justified by faith, we have peace with God through our Lord Jesus Christ" (Romans 5:1).

God can grant grace and peace because Jesus made it possible through his perfect life and atoning death.