Luke, Daniel, and the Coming Kingdom 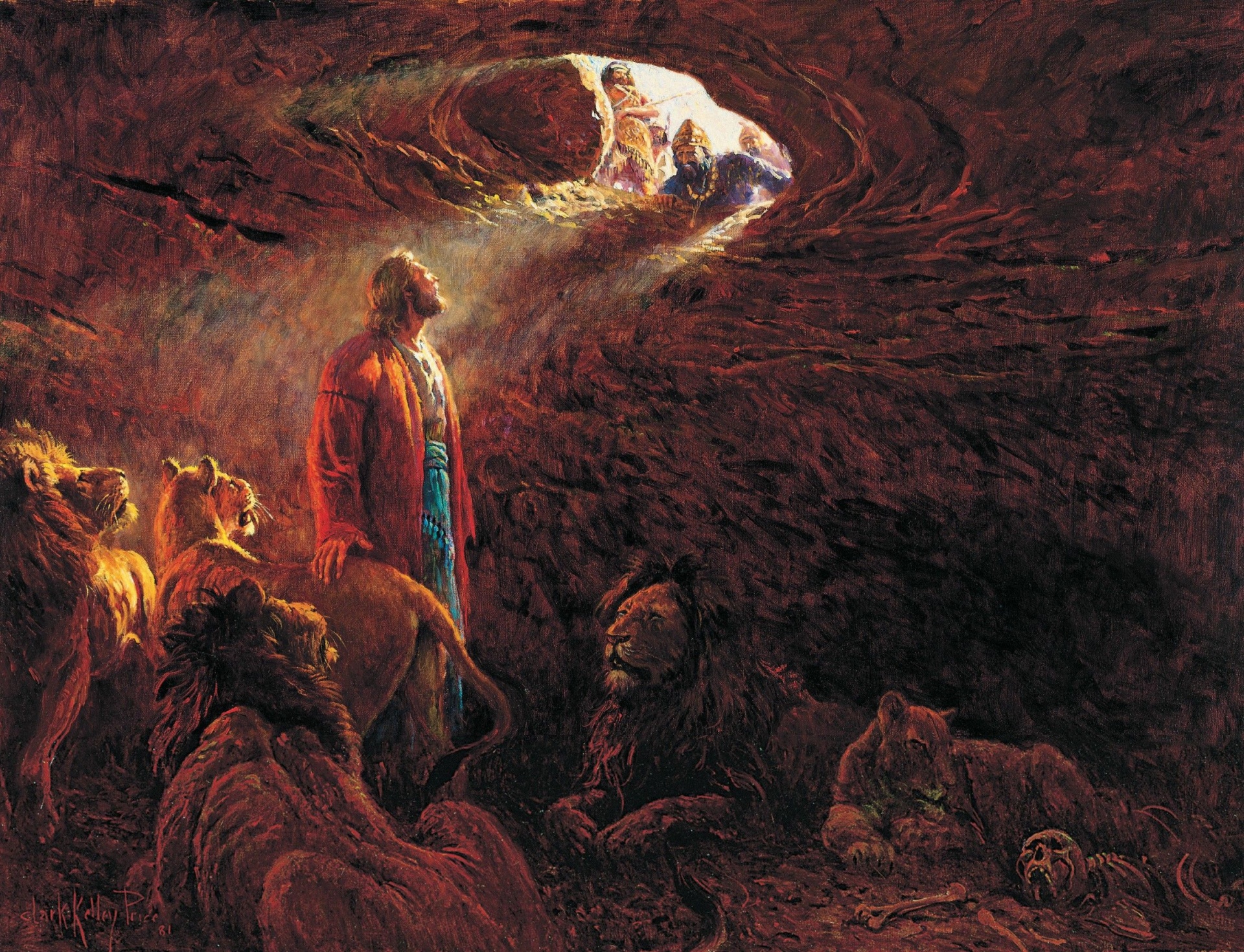 Once again, we find ourselves considering the relationship between the New Testament and the Old Testament. While at this point, such an exercise may seem old indeed, one cannot fully mine the depths of the connections within the Word of God. Yet, one can mine deep enough to discover some beautiful gems — and that is our goal.

Lately, we have been considering Matthew’s use of the Old Testament. In this article, however, we pivot. Rather than dealing with Matthew’s Old Testament quotations, I want us to look at the beginning of Luke’s writings (that is, Luke and Acts). If we look closely, we may discover not quotations, but allusions and subtle references to a particular Old Testament prophet. If this is to be found, we may have some light shed on Luke’s intent and main theme to his “two volume set” in Luke and Acts.

Once again, our attention is turned to the Christmas story. We are familiar with the fact that a certain Gabriel heralds the news of both John the Baptist and Jesus Christ. We first meet this angel in Luke 1:19, and see him one last time in Luke 1:26. Following this reference, Gabriel’s name disappears entirely and we do not see him again. Yet, the New Testament is not the first time one reads of Gabriel. His name is referenced only four times in the entire Bible, and one Old Testament prophet contains both other references. That prophet is Daniel.

Daniel is often viewed as as very simple or as one of the more intimidating books of the Old Testament. People’s perceptions of this prophet depend on whether you are talking about the “Sunday School stories” in chapters 1-6 or the “confusing prophecies” in chapters 7-12. While children’s shows are made about Daniel and the lions’ den, scholarly volumes are compiled about Daniel’s apocalyptic visions. For our purposes, however, this prophet is certainly not daunting nor are we going to spend time on the narrative of the book about Daniel and his friends. We are simply interested in how Daniel connects to, and affects the argument of, Luke.

Gabriel shows up in Daniel 8:16 and Daniel 9:21. He is involved in the process of helping Daniel understand the visions he sees. While we are not looking to delve into Daniel’s visions right now, we are looking to observe that Gabriel’s name is mentioned four times in the Bible. Two of those times are in Daniel, two of those times are in Luke. Perhaps there is significance to this.

Another expression we find in Luke is the “Most High.” This is a reference to God, and it shows up first in Luke 1:32. Interestingly, this name for God occurs nine times in the New Testament. Seven of those times are in Luke and Acts; of those seven, three occurrences are in Luke 1.

The connection here is rather striking. “Most High” occurs 46 times in the Old Testament; 13 of those times are in Daniel alone, and especially chapter 4 and 7 (each of which have 5 “Most High” references). Excepting Psalms, no other book or individual author comes close to the references to “Most High” in Daniel and Luke.

Not only is there a connection in terms of frequency between Luke and Daniel, but there also may be a thematic connection. That means Luke and Daniel may be using the expression “Most High” to get at a particular theme — and that theme may be the same for these authors. Luke 1:26-35 contains two references to the “Most High,” and in this passage, Gabriel tells Mary that she will bear a Son. Significantly, “He will be great and will be called the Son of the Most High. And the Lord God will give to him the throne of his father David, and he will reign over the house of Jacob forever, and of his kingdom there will be no end,” (Luke 1:32-33). The Son of the Most High will have everlasting rule over His kingdom; this language is strikingly reminiscent of Daniel: “And I blessed the Most High, and praised and honored him who lives forever, for his dominion is an everlasting dominion, and his kingdom endures from generation to generation,” (Dan. 4:34b). Daniel is revealing God as the sovereign King over all the kingdoms of the earth. Luke is interested in connecting to that theme, and to do so, he uses the same sovereign, kingly title for the Lord. According to Luke, perhaps this Child, Jesus, is to be the Ruler Daniel anticipated who would make God’s kingdom fill the whole earth.

We’ve spent some time in Luke 1, so now, we turn our attention to the beginning of Acts. Rather than the birth of Christ, Acts offers us the birth of the Church. Before the Church is formally born, however, we see the ascension of Christ. Right before He is lifted up, the disciples ask Jesus a question: “Will you are this time restore the kingdom to Israel?” (Acts 1:6). Jesus’ response is significant: “‘It is not for you to know times or seasons that the Father has fixed by his own authority. But you will receive power when the Holy Spirit has come upon you, and you will be my witnesses in Jerusalem and in all Judea and Samaria, and to the end of the earth,’” (Acts 1:7-8). The reader is reminded of Daniel 2: “‘Blessed be the name of God forever and ever, to whom belong wisdom and might. He changes times and seasons; he removes kings and sets up kings…’” (Dan. 2:20-21a). In contrast to this, Daniel also speaks of one who will change the times and the law in opposition to the Most High (Dan. 7:25). Here again, we find a language connection between Luke’s writing and Daniel. Yet, we still have to put it all together.

Does the Doctor Make a Point?

It’s all fine and good to see fascinating connections… but why? New Testament authors did not do this without reason. What is the point in Luke’s allusions to Daniel?

Daniel is a book about the kingdom of sovereign God. Rather than focusing on Israel, as many prophets do, he is focused on all the kingdoms of the world and how they will all one day be subject to God’s kingdom (see Dan. 2). He foretells of “one like a son of man… and to him was given dominion and glory and a kingdom, that all peoples, nations, and languages should serve him; his dominion is an everlasting dominion, which shall not pass away, and his kingdom one that shall not be destroyed,” (Dan. 7:13-14). This idea — that One will come to rule the whole world — is important to Luke.

Luke, like Daniel, is focused upon the Gentiles. Throughout Luke and Acts, he argues that the Gospel is also for the Gentiles. Luke 2 makes this clear: “‘For my eyes have seen your salvation that you have prepared in the presence of all peoples, a light for revelation to the Gentiles, and for glory to your people Israel,’” (Luke 2:30-32). Luke is arguing that Jesus is salvation for the Gentiles as well. His kingdom is for Jew and Greek alike — all those who would trust in Christ as their Lord and Saviour. The narrative of Acts in particular recounts the Gospel going forth from Jerusalem (i.e. the Jews) to the end of the earth (i.e. the Gentiles; see Acts 1:8). Indeed, the Good News of the kingdom is being spread by faithful kingdom citizens so that the Gentiles can be saved.

Luke is showing the beginning of the fulfillment of all that Daniel anticipated. The King has come, and the Gospel of His kingdom is being spread to the Gentiles. This is the mission of Christ — He has come to save His own, first to the Jew, and also to the Greek. That means this is the mission of the Church as well — to continue to spread the message of salvation first to the Jew (as took place in Acts), then to the Gentile as well (which also took place in Acts and is taking place all around us today). The stage is being set for the return of that King, as He sets up His earthly kingdom and destroys all the nations who would oppose Him. Just as He has ascended in a cloud (Acts 1:9), so will He descend on a cloud (Dan. 7:13) — and it is then that He will have His everlasting dominion, and to His kingdom, there will be no end!

Let us rejoice in the sovereign plan of God’s kingdom together as we study and admire how the doctor Luke made use of the prophet Daniel.