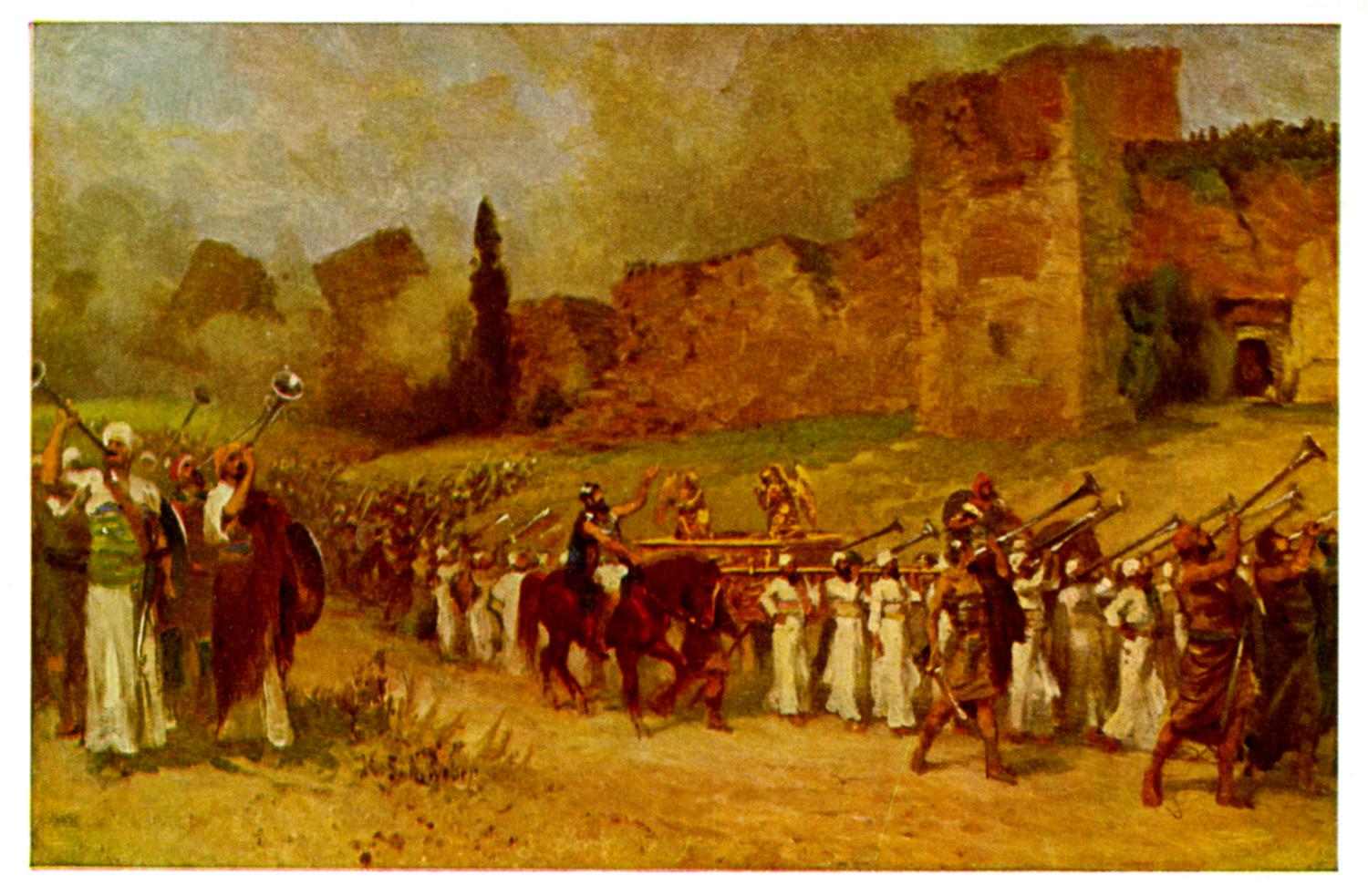 I have a vivid memory of one September evening 21 years ago. I was preparing for a tenth-grade quiz when I looked up at the TV and saw two buildings on fire. While news anchors spoke with concerned voices, and the adults around me commented aloud, I wondered why everyone made a big deal about two buildings on fire, as I watched from home in the Middle East. This event etched itself into the memory of most of the world, as September 11 brought the idea of holy war into the forefront of our collective minds. Occurring on the cusp of the twenty-first century, it echoed horrors from the century before – the mass slaughter of the Tutsi and Twa people in the Rwandan genocide, the massacre of the Bosniak men and boys in the Bosnian genocide, and the unforgettable persecution and murder of the Jews and others by the Nazis.

It is against this backdrop that the reader of the Old Testament confronts a similar set of events – the genocide of the residents of Canaan by the Israelite people under God’s command. This presents a moral dilemma because there is a sobering, ethical elephant in the room – The God of the Bible divinely sanctioned the violent slaughter of innumerable men, women, and children. Jesus Christ, the meek and lowly Man of the New Testament would not condone the murder of these Canaanites, would He?

Let’s ask and answer a few questions to understand how Scripture would address this issue.

What does “devoted to destruction” mean?

The concept of being devoted to destruction is a consecration of service, people, or things to God. In the context of a city, everything in the city would either be burned and destroyed or given to be used in the temple of the Lord. When Canaanite city of Jericho fell, everything in Jericho was devoted to the Lord. The concept of being devoted to the Lord is not an Israelite one; we have records from other nations that did the same for their gods. The motivation for this act, however, was different for Israel.

Why did the Lord ask that Israel devote the Canaanites to destruction?

Early in the biblical story, we are told that the Canaanites were very wicked people. God told Abraham that his descendants would take possession of the land after the iniquity of the Amorites had been fulfilled (Gen. 15:13-16). It should be noted that even though the Israelites owned the title deed to the land as per God’s promise to Abraham, it didn’t qualify them to devote the Canaanites to destruction. God patiently waited for four hundred years of Amorite/Canaanite sinfulness before he allowed the Israelites to drive out the inhabitants of the land, giving the reader a sign of God’s longsuffering and generosity towards the Amorites. It was only once the Canaanite nations continued for centuries without repentance in various practices, that the Lord allowed the Israelites to wage war against them.

How bad were these Canaanites, really?

Following the narrative, we see that at the time of the devotion to destruction, the Lord accused them of detestable crimes such as sacrificing their children (Deut. 12:29-31) in fire sacrifices. In Leviticus 18:26-28, the narrator tells us that the moral corruption of the Canaanites was so great that the land vomited these people out. The sins were idolatry, incest, adultery, child sacrifice, homosexuality, and bestiality.

There are letters from the ancient world, complaining about the nuisance that the Canaanites were to the nations around them. So, we see that the Israelite mandate to wage war against the Canaanites was not an ethnic cleansing – rather, they were purging high handed evil against God and other people.

God wasn’t targeting Canaanites just because they were Canaanites. In Deuteronomy 20:16-18, Moses asks the people to destroy all the inhabitants of the land to prevent them from teaching the Israelites the abominations of the Canaanites and recruiting more followers to their abominable practices. Much more, the Israelites were to do the same to their own people who would follow the practices and gods of the Canaanites. That is, Israelites and their cities that went after the way of the Canaanites, too, would be devoted to destruction. Even intermarriage with Canaanites was not allowed, as it would be a threat to Israel’s mission to be a light to the surrounding nations and a blessing to the world.