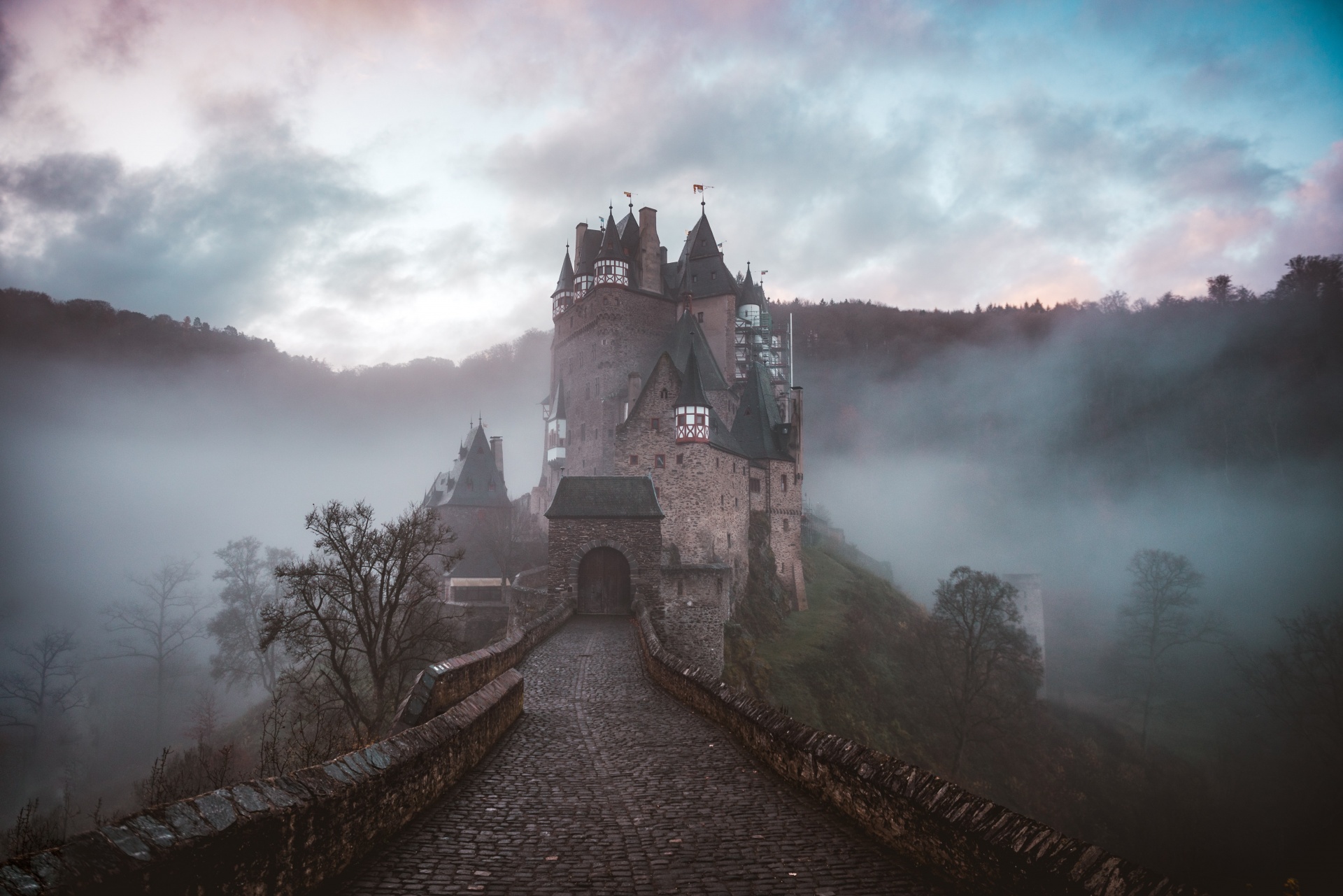 Once upon a time, dragons roamed the earth.

Now as soon as you read that you were likely expecting a fairy tale. If there’s one thing sophisticated modern readers do not believe in, it is the existence of dragons.

But I couldn’t be more serious. There really was a time when dragons roamed the earth. And this is very good news—or rather, this will lead us to the best of news—provided we are willing to embrace the patently obvious in exchange for some of our sillier modernist sensibilities.

To really understand what dragons are all about, we need to start at the beginning. God had created everything very good, including the dragons. But sadly, Satan entered one of those dragons when he came into the garden to tempt Eve.

“Now wait a minute!” you might protest, “It was a serpent that tempted Eve!”

But this is where we have to read our Bibles a little more carefully, not imposing our post-fall categories on the pre-fall world. Genesis calls this creature a serpent, but we ought not to assume that this serpent was quite like serpents now are; the text tells us what the serpent was. He was a beast of the field, not a creeping thing (Genesis 3:1).

And what do you call a serpent with legs? I would call it a dragon.

For his misdeeds he was cursed above all livestock. This dragon would no longer have a place of majesty among the field bests, rather he would be confined to a legless existence crawling on his belly forever (Genesis 3:14).

Now I do not know whether this particular serpent lived out the rest of his days confined to the humbled position of an already existent creature, or whether he was the true progenitor of a group of legless dragons called serpents which would come after him. Some things are not ours to know, and sanctified imagination can easily drift into the ditch of eisegesis [eisegesis is the action of reading into a text what you want to find, rather than drawing out from a text what is actually there] when we try to tease these things out.

But one thing is clear. From that point on, there were dragons and there were serpents. Distinct creatures yet mysteriously connected. Our archnemesis is called “the dragon, that ancient serpent” (Revelation 12:9; 20:2) for good reason. There was certainly enmity between the seed of the woman and the seed of the serpent, but more generally, there would be enmity between dragons and all of mankind.

Fast forward nearly two millennia. The world that then was would soon be destroyed by a cataclysmic global flood. As the animals were brought into the ark, so were two of every kind of dragon. Yet Noah was no fool. Since the purpose of gathering these animals was to repopulate the earth, he probably got them at a very young age. It is a known fact that even the largest dragons hatched out of eggs not much larger than a football. Noah could have easily clubbed or knifed these tiny dragons and been done with the troublesome beasts once and for all. Easier still, he could have left them behind for the watery grave that was to befall the rest of the earth. But Noah was a man of faith, and if God had said two of every kind of beast was going to enter that ark, he would not have it any other way. The dragons would be subdued in due time; God’s providence had a much better way of dealing with them.

During the flood, many of the remaining dragons which were not taken aboard the ark became a permanent part of the fossil record. Their bones were strewn among the billions of dead things buried in rock layers laid down by water all over the earth. It is a matter of historical and geological fact that dragons existed. Anyone who tells you otherwise is flying in the face of overwhelming evidence. They might call these dragons “dinosaurs”, but if a rose by any other name is just as sweet, surely a dragon by any other name is just as real—and terrifying!

But what happened to dragons after the great flood? We know that Job—a contemporary of the patriarchs—saw two astounding beasts, Behemoth (Job 40:15-24) and Leviathan (Job 41), both of which seem to be descriptions of dragons. But beyond that the inspired biblical record on dragons falls silent while the stories from other sources begin to multiply exceedingly.

All over the world, there are stories of dragons. Nearly every ancient culture has a memory of them.

Spring Festival, the most important cultural holiday in China, is closely linked to an ancient legend of the Nian, a dragon which terrorized the countryside each year, destroying crops, devouring livestock, and killing villagers. Bright red lanterns and loud noises were used to scare this creature away from human settlement.

In Greek history, Alexander the Great is said to have encountered a cave-dwelling dragon during his conquest of India, and in later centuries, the Greek natural historian Claudius Aelianus makes mention of dragons in Ethiopia which were known to kill elephants.

Among the Europeans, stories of dragons and the brave warriors who fought them pervade medieval literature from England, Wales, Germany, Hungary, Poland and elsewhere. In each case, the dragon terrorized a village, a region, or a whole countryside until a hero destroyed the dragon and brought peace to the land.

The conquering of dragons was so closely aligned with the progress of civilization that when ancient cartographers wanted to indicate that a particular region was uncharted or not well explored, they would draw illustrations of dragons on that portion of the map, or simply write hic sunt dracones, a Latin phrase meaning “Here be dragons!”

Desmond Morris, a well-respected English zoologist of the 20th Century, who served as professor of Evolutionary Psychology at Oxford, wrote: “In the world of fantastic animals, the dragon is unique. No other imaginary creature has appeared in such a rich variety of forms. It is as though there was once a whole family of different dragon species that really existed, before they mysteriously became extinct. Indeed, as recently as the seventeenth century, scholars wrote of dragons as though they were scientific fact, their anatomy and natural history being recorded in painstaking detail.”

But what then are we to make of the tall tales involving Hercules and the Hydra, St. George and the Dragon, and Beowulf? Modernists dismiss all these stories as the stuff of mere legend. And it is true that some of the accounts are pretty wild and have almost certainly been exaggerated through centuries of oral tradition. But the myth of Santa Claus shouldn’t lead us to conclude that there wasn’t a real man named Nicholas who gave gifts to children. Likewise, we shouldn’t let the more fantastical aspects of dragon legends distract us from the real men who fought real dragons on behalf of their people.

These were real flesh and blood men, who fought real dragons, and did so with real testosterone ebbing through their endocrine systems. This actually happened in the realm of time and space, and it is to be celebrated.

Modernists prefer to say that the dragons (whom they call dinosaurs) were actually wiped out by a giant meteorite long before man came on the scene. I’m not sure where they originally got this funny idea. Perhaps it really was the first one that came to mind. Perhaps somebody was brainstorming on too little sleep because they had a tight publishing deadline to meet. Perhaps they cast lots for it. In any case, the meteorite story is convenient for their worldview. It allows them to explain the extinction of dragons without appealing to dragon slayers. Remember, these are children of The Dragon, so they are very uncomfortable with the fact that dragons can be beaten in combat. They are also principled egalitarians—which is to say that they are far less afraid of meteorites than true masculinity.

To add further insult to our modern sensibilities, many of these ancient dragon stories involve a proverbial damsel in distress, a woman saved from the clutches of the dragon by a mighty warrior. Alternatively, the warrior might be rewarded with a bride for his acts of bravery in saving the tribe or nation. Then he and his bride live happily ever after. This theme pops up repeatedly among the dragon stories. “Surely this is the stuff of fairy tales!” cry the modernists.

But no matter how hard they try to dismiss them, the great dragon stories simply will not go away. There is good reason for this. The God who has not left Himself without witness has ordained it to be so. And why might that be? That is because in these stories we hear a faint echo of the one great story that God is telling.

We hesitate to admit it, but our condition was far worse than that of the ancient tribes who suffered under the terror of dragons. We needed a Dragonslayer who could destroy him who had the power of death, that is, the devil, and deliver us who through fear of death were subject to bondage all our lives.

The ancient dragon slayers risked death for their people; Our Dragonslayer conquered death for His people.

The ancient dragon slayers won a bride out of their own tribe, people, or nation; Our Dragonslayer purchased a bride composed of every tribe, people, and nation.

The ancient dragon slayers saved their people from an enemy which threatened the peace of the nation; Our Dragonslayer saved us when we were His enemies—made peace with us—and brought us into His holy nation.

So don’t shy away from the truth about dragons. Take your kids to the Natural History Museum. Show them the bones of the dragons. Have a hushed chuckle together as you read the silly epitaphs written by the museum’s curators. Then tell your children the real stories of the dragon slayers who conquered such brute beasts.