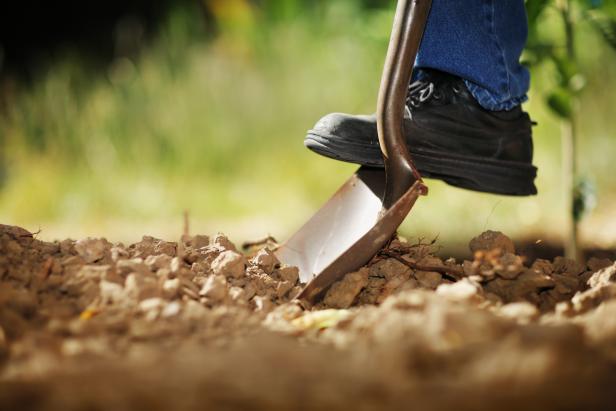 “Because you have listened to the voice of your wife and have eaten of the tree of which I commanded you, ‘You shall not eat of it,’ cursed is the ground because of you; in pain you shall eat of it all the days of your life; thorns and thistles it shall bring forth for you; and you shall eat the plants of the field. By the sweat of your face you shall eat bread, till you return to the ground, for out of it you were taken; for you are dust, and to dust you shall return” (Genesis 3:17-19).

When this sentence was passed upon our father Adam, mankind’s relationship to this creation was fundamentally changed. Work would not be the same.

To be clear, work itself was never a result of the curse. Adam was initially charged with the task of dominion in a perfect world (Genesis 2:15).

But as a result of Adam’s sin, the ground was cursed. Man now found himself in a created order far less malleable than before. Where the world had once been hospitable to the task of dominion, it was now hostile to it. Every fruitful endeavour would encounter opposition.

Six thousand years later, the curse remains. Our best efforts are met with frustration. And if you think you can escape this reality by seeking a white-collar job, the curse will follow you right into your office.

Confronted with the grim realities of work in a fallen world, we often run headlong into one of two errors.

The Bread of Idleness

It is said of the excellent wife, “She looks well to the ways of her household and does not eat the bread of idleness” (Proverbs 31:27; emphasis added).

The bread of idleness is an ever-present temptation when you find that the task in front of you isn’t going to be accomplished easily. What our grandparents called “sloth” or “indolence,” we now like to call “procrastination.” But even after we have given it a nicer name, the root of the matter remains unchanged. By frittering away our time on trivialities instead of focusing on the task before us, we are trying to flee from the reality of the curse. In our fallen world, work is supposed to be toilsome. But the toil serves a good purpose. It serves as a reminder of the consequences of sin. Yet when you partake of the bread of idleness, you don’t move from curse back to paradise. The Eden promised by laziness is a delusion. You just move from one kind of hardship to an even worse one (Proverbs 19:15).

The Bread of Anxious Toil

“It is in vain that you rise up early and go late to rest, eating the bread of anxious toil; for he gives to his beloved sleep” (Psalm 127:2).

In contrast to the bread of idleness, those who partake of the bread of anxious toil keep themselves very busy. But it is a busyness rooted in an idolatrous notion of self-sufficiency. The sin here is not the toil but rather the anxious toil. The anxious man labours but forgets that the fruit of his labour is ultimately a gift from God. He fails to see that unless the Lord builds the house, those who build it labour in vain. He lies awake at night worried about his future, and cannot enjoy God’s sweet gift of sleep.

Can We Ever Get Work Right?

In our sin, we will constantly be drawn either to the bread of idleness or the bread of anxious toil, often vacillating between the two. But when we have been changed by the gospel, our orientation towards work changes as well. This foundational transformation in the heart of a believer becomes a practical reality in his daily life as he grows in sanctification.

Every Christian is a new creation (2 Corinthians 5:17), yet we are not yet living in the New Creation. We still live in a fallen world. The results of the curse will affect our work until creation itself is delivered from the bondage of corruption (Romans 8:20-22). Contrary to the claims of many prosperity preachers, salvation does not usher us into a utopian life of ease. Christians must still eat their bread through much toil and sweat of their brow (2 Thessalonians 3:7-12).

How then should we work?

Christ Puts Us to Work

Christ frees us from the bread of idleness because He has redeemed us to be His precious possession, zealous for good works (Titus 2:14). While we are certainly not saved by works, we are saved unto good works (Ephesians 2:8-10). These “good works” are not confined to our personal devotional times, as if the rest of life could be left unaffected. The transformation Christ works in us is not confined to what happens between the ears; it works itself out into the activity of our hands as well (Ephesians 4:28; 1 Thessalonians 4:11).

Christ frees us from the bread of anxious toil because it fundamentally undercuts every false notion of self-sufficiency. We come to Christ empty-handed, knowing that He alone can provide the righteousness we need to stand before our Holy God. We can be free from the sin of anxiety because we know that the same God who freely gave us His righteousness will also supply our earthly needs (Matthew 6:33).

Putting It All Together

Christian, whatever your station, you can face the work set before you this week with joy. In Christ, you are no longer a slave to the bread of idleness or the bread of anxious toil. You have a new Master–a good Master–who has given you a work to do and promised to take care of you. Even in the midst of much sweat and labour, you can work heartily as to the Lord in everything (Ephesians 6:5-8). And you can cast all your cares upon Him, because He cares for you (1 Peter 5:7).