Towards a Christian Evaluation of Music: Let Us Be Active Listeners - Part 1 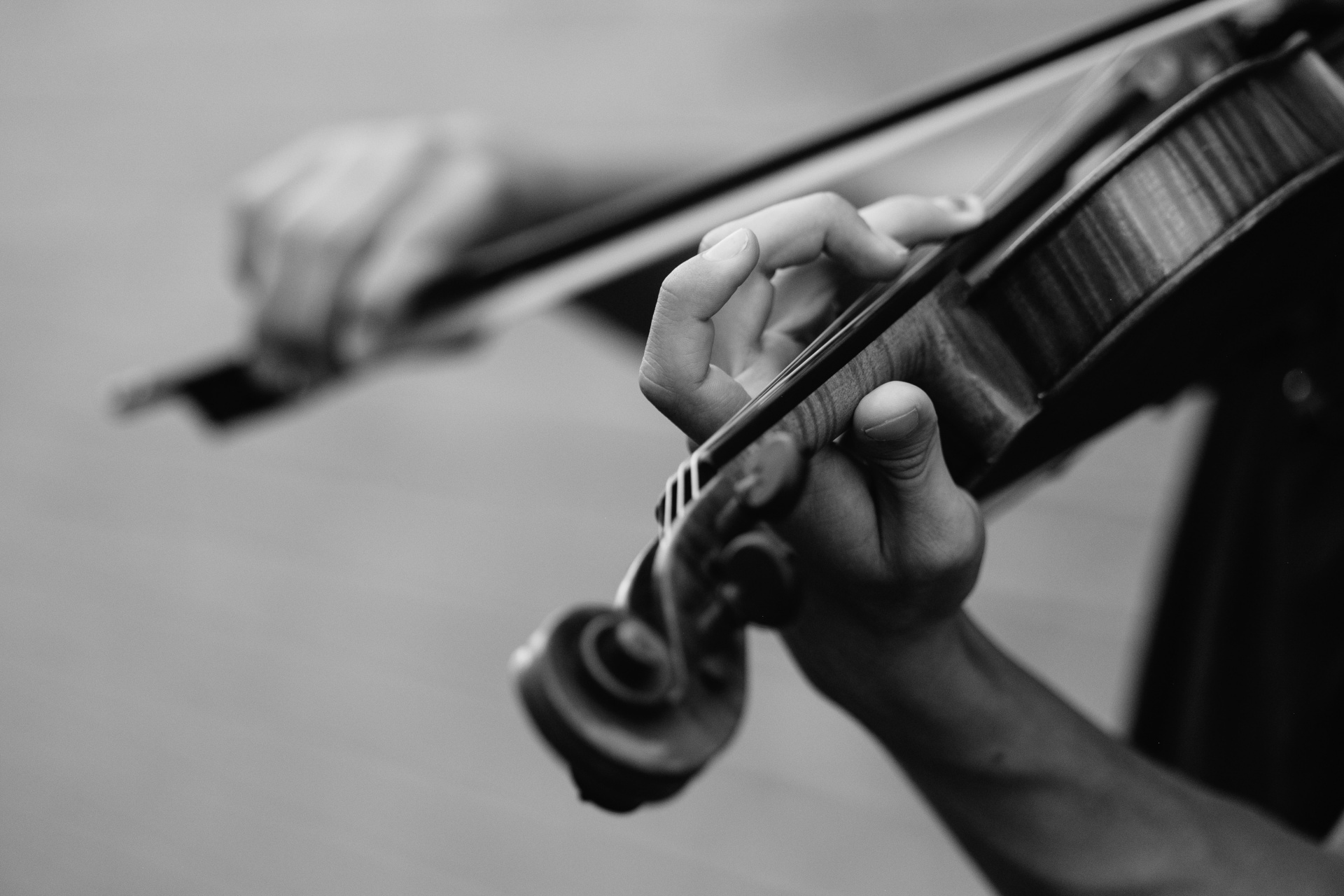 An Objective Standard for Evaluating Music

What is to be the Christian’s approach to listening to music? How ought he to evaluate it? Christians uphold the reality of objective truth; Christians also seek what is good and beautiful, especially when it comes to entertainment. You may have heard before that we ought to be intaking things which are true, good, and beautiful. Yet, even if one proclaims that truth, goodness, and beauty form a sort of “objective standard” for evaluating entertainment or music, we are left with another question. How does one define what is objectively true, good, and beautiful? What, in particular, forms the objective standard for music evaluation?

Simply, music done rightly ought to reflect God’s character (i.e., who He is), God’s work (i.e., what He does in redemptive history), and God’s creation (i.e., the beautiful world He has made). In relation to objectivity, one may note that if something is objectively true, then it is in accordance with how God has defined truth and reality. If something is objectively good, then it says the same thing about a particular topic that God says. If something is objectively beautiful, then it portrays a particular subject in the same manner God has portrayed it. God is the True,[1] Good,[2] and Beautiful One.[3] He has created music, and He is Lord over His creation. For the Christian, who must submit to the Lordship of His God, a piece of music must be evaluated according to God’s character, creation, and works. Does it reflect the Creator in any way?

This standard can and ought to be applied to both lyrical and instrumental music because music, with or without words, reflects some sort of worldview. Lyrics either support an already existing worldview,[4] or they primarily present a worldview which the accompanying music supports.[5] That said, lyrics still add new dimensions of evaluating a work of music, thus, lyrical pieces must be treated somewhat separately to instrumental pieces. In this article, lyrical music will be considered first.

The Christian’s foremost concern when evaluating lyrical music is whether the lyrics may glorify God in any way. Perhaps the first question that arises, in light of comments made earlier, is whether listening to “secular” music (i.e., music that is not directly about God)[6] is “okay” for Christians. In short, yes – there is nothing inherently wrong with music not about God. In fact, there can be a lot of beauty and goodness in lyrics like that, especially when those lyrics are still penned from a Christian worldview. While such music ought not to be sung in congregational worship, there is nothing wrong with listening to – and enjoying – “secular” music.[7]

There are, however, lyrics which make certain songs “no goes” for the Christian. Let us consider some examples: first, say there is a song which uses God’s name vainly. This runs directly against the Lord’s own concern for His name.[8] One may listen to this music in ignorance for the first time and realize the Lord’s name is used vainly. They have not sinned, however, now – out of the same concern God Himself has for His name – it is wise and God-glorifying to refrain from listening to such music. Similarly, a song may glorify ungodly actions, such as rebellion or sexual immorality. The Christian knows this is contrary to God’s commandments, thus, He ought not to listen to this music. It is not good. While listening to secular lyrical music in and of itself may not be sinful, certain lyrics may hinder the song from being glorifying to God.

That being said about “secular” music, Christian music is not exempted from scrutiny. Christian music often looks to communicate something about God. If the lyrics are promoting theology which is not true, the Christian ought not to fill his head with them. While not all Christian music must have a Puritan-like profundity to it, all true and good Christian music should say the same things that God says in His Word.

Yet, suppose, as is true of many Christian and secular songs alike, that no explicit heresy or untruth is being sung. There is no use of the Lord’s name vainly and there is no praise given to ungodliness. Instead, there is a loose collection of Bible or “catchy” phrases that are joined together by a moving melody. Would this music be acceptable? Well, let’s consider a couple things before we jump to conclusions. The primary matter here is order. God is a God of order;[9] His Word has a logical flow and train of thought.[10] God created the world in an orderly fashion,[11] and seeing or doing something orderly is all the more edifying for us, as His creatures. In music, order must play a crucial role. Some lyrics are a rather loose collection of phrases that lack continuity and coherent thought. These lyrics do not have order, and are not nearly as edifying for us. As a corollary to this, then, there is a second consideration. To what end are we listening to lyrical music that lacks order? Simply to feel good? To feel as though we are being uplifted by bits and pieces of theology and Scripture? Perhaps we ought to reconsider the music we listen to in light of this, knowing that we could listen to music which does contain God-glorifying orderliness. In fact, perhaps we ought to consider whether we are listening to music for the sake of lyrics at all! Chances are, we may just be after a catchy beat and enjoyable melody without giving nearly as much thought to, let alone meditation upon, the lyrics as we ought to. While listening to disorderly music is not inherently sinful, we could give all the more glory to God by listening to music which is consistent with His own character. In short, then, the songs which Christians intake ought to reflect the beauty of Divine order and logic in their lyrics.

In light of the concerns raised above, one may state positively that Christians should listen to music which will present truth, praise goodness, and use logical structure such that it reflects God Himself. Lyrics ought to be reflective of who God is, and in this way will be most edifying to true believers and most beautiful as works of art. Of course, there is a whole other side of the story – instrumental music. But for that, you must wait until next week!

[4] This may be the case with symphonic music that has lyrics as a sort of accompaniment; Beethoven’s Ninth Symphony is an example of this.

[6] As a clarification, the way I have used secular music could include music written by a Christian from a Christian worldview but without direct reference to God.

[7] This being said, another clarification is in order. Reasonably, the Christian should be listening to more lyrics about God than lyrics not directly about God. Said another way, his “diet” of music should be more saturated with directly theology music than secular music.

[9] The Lord’s meticulous instructions for the tabernacle illustrate this; see Ex. 25-31. Also, one may examine the careful order and instruction of the laws in the Pentateuch.

[10] Paul’s epistles may be the clearest demonstration of this, as many follow a theology-then-implication outline.

[11] There is great mathematical and scientific order in the world; great works of art are built in an orderly fashion; God even gave us, human beings, rational and reasoning minds!