Just Words on a Page 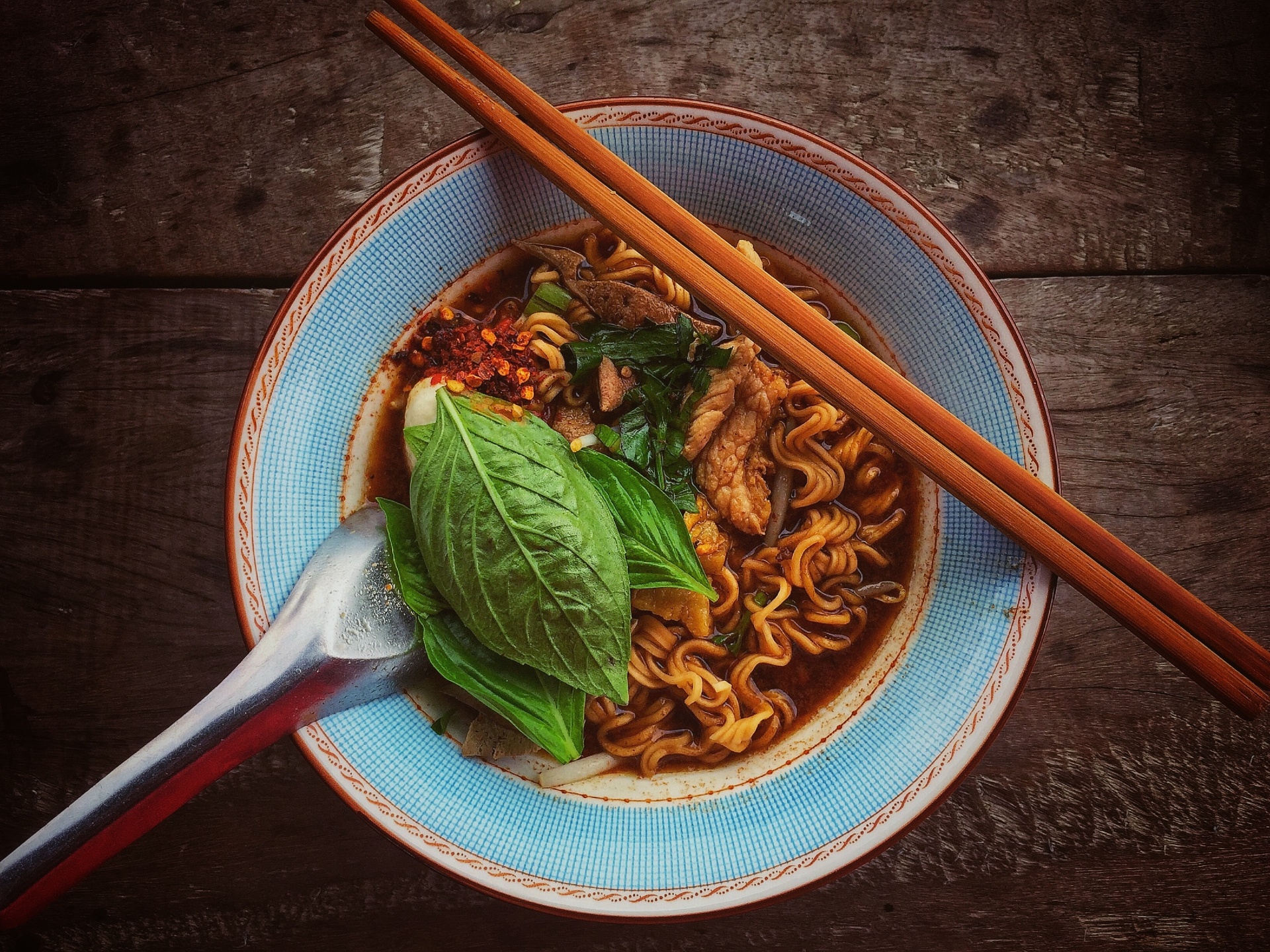 Chen Feilong gazed out the window of his office toward the dusty, snow-peaked mountains which lay south of the city. The snowline had already retreated quite noticeably in the past few weeks, and the swelling of the Yellow River signalled that the advent of spring was near at hand. Still, there was a chill in the air outside, and a chill in his office as well.

On his desk sat a tepid bowl of beef noodle soup. Normally, he would eat the soup while it was still piping hot, but today was not a normal day. Chen had a lot on his mind.

As Chief Religious Liaison for the region, Chen often had to deal with difficult and “sensitive” situations. But today’s problem perplexed him greatly. He was deeply worried, yet he still needed to project confidence. It was only a matter of minutes before he was slated to meet with the Ma Imam, an important local leader of the Hui Muslims.

The Hui People who inhabited this region had a long-standing tradition of compliance with the governing communist party. Because of this, the party provided them with a remarkable degree of religious toleration. Both sides were largely happy with the arrangement. China received much-needed regional stability, opening up the area for economic development in line with the state’s strategic goals.

For many Hui, Islam remained an important part of their life. And that is exactly what the government wanted. So long as their religion remained in any way a part of their life rather than the  fundamental principle of life itself, it was unlikely that the government’s interests would be jeopardized. The party was content with a gradual erosion of Islamic influence in the region. That Islam needed to be subjugated was non-negotiable; that this subjugation needed to occur at an imperceptibly slow pace was a matter of prudence and wisdom. And despite growing secularization in the region, the imams were happy that they would at least see peace and safety in their days.

Chen’s job revolved around this tension. The imams needed Beijing to remain happy, and Beijing was willing to keep the imams happy so long as they didn’t interfere with the party’s strategic goals. It was a delicate dance, and Chen was the choreographer. Sometimes his job required him to arrange reeducation for radicalized Muslims who fell prey to dangerous levels of international influence. Sometimes he had to negotiate the appropriate noise level for a local Mosque’s call to prayer. Today, his job required him to re-assure the Muslim community that the state could successfully curb the threat of Christian proselytization.

“Ma Imam is here to see you.” the secretary said.

“Bring him in.” Chen replied.

Ma Imam followed the secretary’s lead into Chen’s office. He wore a loose flowing garment and a white prayer cap, which, while not as arabian as a turban would have been, was still a vivid cultural contrast to the secretary’s business casual attire and Chen’s suit and tie.

“Ma Imam, so good to see you!” Chen said joyfully, “Please have a seat. Would you like some tea?”

“Very well, thank you. Aiah is in good health and Yi Sao is studying hard for his university entrance exam.”

“And what about the local religious situation? You haven’t had any more trouble from advertisers, have you?”

“No, we have not. And I wish to thank you for your sensitivity in dealing with that incident last month. The billboard was very distressing to our women and a corrupting influence among our young men.”

“Understandably so! It was needlessly provocative. I have ensured that the business owner who posted it will attend information sessions to better understand your culture so that the problem is not repeated. I was honored to help you with that.”

Chen paused for a moment to ensure that Ma had fully grasped the debt of obligation which had been incurred.

Ma nodded, then replied, “And I have instructed the village imams to be even more diligent in ensuring that patriotic instruction is being carried out among the youth.”

“Thank you, Ma Imam. Tell me, are there any other matters of concern?” Chen asked, already knowing the answer.

Ma Imam retrieved a small booklet from his pocket and set it down upon Chen’s desk.

“You know what this is?” He asked.

“As you can imagine, the imams in our prefecture find this very troubling. I need to give them assurances that the problem will be dealt with.”

“I can assure you that we are working on it,” Chen replied. “Beijing takes the matter very seriously.”

“You and I have a very profitable friendship,” Ma said. “In fact, our people have been exceptionally good citizens. The relationship between Beijing and the Hui has been a model of patriotism and ethnic harmony.”

“May I speak with you about this matter a bit more...candidly?” Ma asked.

Chen motioned for his secretary to leave the room.

Ma looked around the now seemingly empty office and gently lowered his voice. “As a leading imam in this region, I wish to see peace and tranquility continue. However, many of the village imams view these booklets as a major threat to our regional stability. They are growing very irritated—I fear some of them are ready to take matters into their own hands.”

Chen’s brow furrowed. “Then it is your responsibility to quell their unrest. You ought to tell them that a few booklets left on people’s doorsteps in the dead of night can have no effect on the piety of their people,” Chen took a sip of tea and gave Ma a faux smile, then added, “Village imams are notorious for letting pretty grievances cloud their judgement of the big picture, aren’t they?”

“With all due respect,” Ma replied, “I fear you are the one failing to see the big picture.”

For a brief second, Chen grew visibly angry, then settled his face. “Kindly help me to understand the ‘big picture’ from your perspective. Then perhaps I can help you see it according to my knowledge.”

“Mr. Chen, my imams have worked tirelessly to preserve our cultural heritage while ensuring that our people understand their primary obligations as citizens. As you know, this has drawn no small amount of ire from many Muslims abroad. They falsely view us as ‘compromised’ because of our patriotism. But we have diligently worked to expel foreign propaganda out of our mosques and communities in order to maintain an Isalmic understanding with Chinese characteristics. My imams tell me that these booklets are making people ask a lot of questions. Our fear is that they will start to look for answers in the wrong places, which could put them at risk for radicalization.”

“Then your imams need to be diligently giving them the answers they need, plain and simple.”
“They do try, but I fear heavy investment in rebutting Christian propaganda may cause lapses in the people’s patriotic education, which is an outcome we are trying to avoid.”

“Patriotic education remains paramount and foundational. You must make that your first priority.”

“Indeed we do! But if Christian propaganda weakens the religious trust our people place in their imams, the imams’ influence for training good citizens will wane as well. One crack in the social structure could spell disaster for all parties involved.”

“Do you really think this is a serious threat to our regional stability?”
“Mr. Chen, may I ask you where these booklets are printed?”

“Ma Imam! You know I’m not at liberty to disclose sensitive details in an ongoing investigation!”

“But you know the answer, do you not? I have heard...rumours...that these booklets are printed overseas, and smuggled in by foreign operatives. Shouldn’t that be a cause of concern to the state?”

“The state takes the matter with utmost seriousness.”
“Forgive me for doubting, Mr. Chen, but our imams find it highly improbable that the state is truly committed to ending this practice when thousands of booklets continue to arrive at our village doorsteps!

Chen tried to project confidence. “You underestimate our efforts. As a matter of fact, we have already arrested multiple foreign operatives. They have been promptly deported from the country. We are working diligently to thwart any further clandestine operations.”

“We don’t want deportations. We want imprisonment! We want thorough and painful interrogations to discover who is truly behind this project and we want the proselytization to end. If you do not put a stop to the problem immediately, the village imams will take matters into their own hands!”

Chen grew visibly angry. “Ma Imam, We have long been friends, and I have treated you as an equal in this relationship. But I fear you are beginning to forget that in our equality, the state’s interests are more equal than yours. We are diligently working to avoid any publicity or international incident. If your imams decide to take matters of the law into their own hands, they will face severe and heavy consequences. I want it stated in no uncertain terms that any foreigners caught in the villages at night must be treated with the utmost dignity until they are placed in my custody. If so much as a hair falls from any of them, your imams will lose their leadership positions, and you will be replaced by a more competent Imam. Do we have an understanding?”

Ma Imam sighed. “I believe we do.”

Chen put on a sympathetic face. “My dear friend, we will catch these people who continue to cause you such...emotional distress. We will put a stop to their booklet distribution. But in the meantime, I urge you to keep your sense of proportion and remember that these booklets are merely words on a page. Words, my friend, just words. You have nothing to worry about. Try to have a pleasant day, and give my best to Aiah and Yi Sao.”

Ma Imam turned to face the door. “See you again.”

“You as well,” Chen replied.

After Ma Imam left the room, Chen glanced back down at the booklet which lay on his desk. He fiddled with it, frustrated by his lack of success in ending the literature’s distribution. Despite frequent police bulletins, careful regional security, and extensive surveillance systems, his investigation had continued to meet significant and unexpected roadblocks. It was as if some cosmic force was intent on thwarting his plans.

Holding the booklet with one hand, his eyes fell upon the text on page 41:

“JESUS WILL RETURN AS JUDGE

‘He has fixed a day on which he will judge the world in righteousness by a man whom he has appointed; and of this he has given assurance to all by raising him from the dead.’ (Acts 17:31)”

Chen’s hands trembled as he quickly closed the page, fearful to read any further. For some reason, the booklet terrified him. He didn’t understand why, because it was just words on a page.