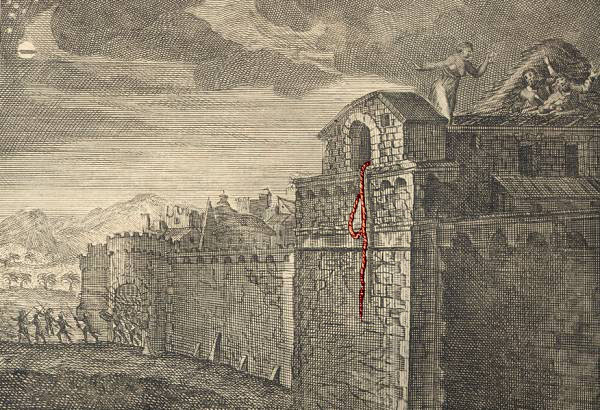 Was there no hope for any of the Canaanites?

While the prohibitions for Israel were about their assimilation with the Canaanites in the land, there were examples of Canaanites that assimilated with the people of Israel, abandoned their Canaanite ways, and chose to follow the Lord. Scripture celebrates these Canaanites for their allegiance to the Lord and His laws.

The first is Rahab, from Joshua 2. She supplied a place of shelter to the spies and specifically declared her allegiance to the Lord (Josh 2:11). She said that all the Canaanites had heard of the Lord’s signs and wonders in the exodus from Egypt and confessed, as a result, that the Lord is God in heaven and the earth (Josh 2:11).

Joshua’s encounter with the commander of the armies of the Lord follows this passage. The commander stated that his allegiance wasn’t with Israel or any particular nation, instead his allegiance was with the Lord. The commander implied that those who pledged allegiance to the Lord were the ones that the heavenly army would protect, and those who did not align with the Lord would be devoted to destruction. We see that the Lord saved Rahab and her family but destroyed Achan and his family, not because of their ethnicity, but because of their allegiance to the Lord. Rahab was unlike those who were disobedient. She responded in faith to the Lord and is celebrated as one of the people of Israel (Josh 6:25) and, eventually, an ancestor of Jesus Christ (Mat 1:5).

The second, is Caleb, whom the narrator contrasts with the rest of Israel (except perhaps Joshua). The Lord calls Caleb his servant and declares that he has a different spirit in him and follows the Lord with his whole heart. Numb 32:12; Josh 14:6,14 state that Caleb was a Kenizzite, one of the people groups that Israel was supposed to devote to destruction as they entered the land. Caleb, having trusted the lord, received land blessings as the covenant people did and shunned the Canaanite way of life. Again, we see that the deciding factor was not ethnicity but whether the person pledged allegiance to the Lord (faith) as demonstrated through their obedience.

Still, how is God just when He commands murder?

Nobody argues about the fact that God has determined the length of every human life. The problem is that God chose the Israelites to bring about the end of certain Canaanite lives. Therefore the problem is not that God determined that the Canaanites would die, but that they should die by the hands of the Israelites – “Why Israel?”. The answer to that is because they were to be the source of blessing to the world and bring light to the nations. As the light-bringers, they also executed judgment as directed by the Lord. We read, as the Biblical story continues, that they too would fail, and God devoted Israel to destruction and sent them off to the Assyrian exile while preserving Judah in the Babylonian exile for His purposes.

Jesus Christ can’t have anything to do with this, right?

The doctrine of the end times shows a remarkably different Jesus than the world assumes to know. The Bible says that Jesus Christ, the King of Israel, will return, with force and violence. He will destroy all evil that exists on the earth. Over a period of a thousand years, He will rule and bring justice, peace, and prosperity as a benevolent despot; finally, He will destroy the devil and death itself. Jesus Christ of the New Testament isn’t too different from the God of the Old Testament – in fact, they are the same. This God, in the person of Jesus Christ, offers time for you to switch your allegiance to Him; for that, He suffered violence, died for your sins, and overcame death. Jesus Christ will come again and set up his kingdom. He will devote to destruction all that stand opposed to Him, but like Rahab and Caleb, those who align with Him will find joy in His kingdom because they turn away from sin and turn to the Lord (Revelation 19-21).