Trusting God in the Virgin Birth 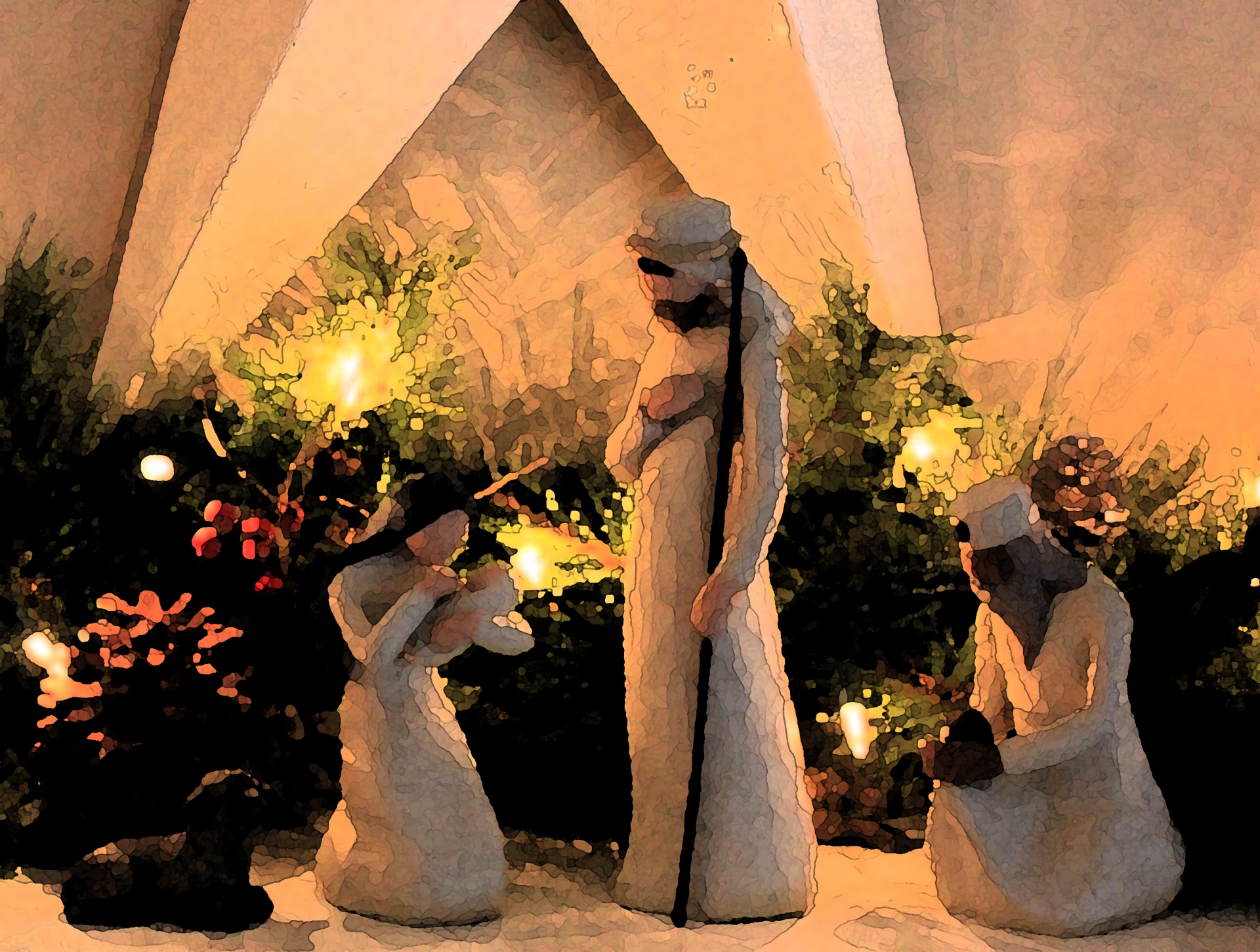 The Christmas season is a special opportunity to reflect upon the birth of Christ, and lately I've been thinking about the doctrine of the virgin birth. It strikes me how often we underestimate the practical implications of the virgin birth and tend to focus, instead, on its doctrinal significance. Make no mistake – we do well to emphasize the theological necessity of the virgin birth. Indeed, if Christ were not born of a virgin, then the integrity of Scripture is jeopardized; the full humanity and deity of Christ are unexplainable; the sinlessness of Christ itself becomes improbable. But as essential as the virgin birth is to these doctrines, I would argue that these are not the most immediate implications. Let's consider the virgin birth as prophesied in Isaiah (Isa. 7:1-14) and later fulfilled in the Gospels of Matthew (Matt. 1:18-25) and Luke (Luke 1:26-38) to understand the reason I make this claim.

It's important to examine the historical context of the virgin birth before considering the practical implications. In brief, Syria and Israel's northern kingdom had formed an alliance against Ahaz, the king of Israel's southern kingdom. Although they'd laid siege against Jerusalem, they hadn't successfully mounted an attack yet (Isa. 7:1-2). Now it's important to observe that the alliance between Syria and the northern kingdom was more than just a political threat against the southern kingdom. Even more, it was a threat against the house of David (7:2). Why is this observation important? Well, it's important because the Messiah comes through the line of David, and salvation comes through the Messiah! In other words, what's at stake in Isaiah 7? Nothing less than God's plan of redemption! The question of Isaiah 7 is, "Can I trust the Lord to keep His promise to preserve the house of David and accomplish His plan of redemption through the Messiah?"

While Ahaz and his people were shaking in their boots, the Lord sent the prophet Isaiah with a comforting promise (Isa. 7:3-9). Consider the following paraphrased exchange. "O house of David, fear not! Surely, your enemies shall not triumph. Indeed, in a timeframe of sixty-five years, Assyria shall utterly wipe out the northern kingdom. Surely, I am faithful to preserve the line of David and keep the everlasting covenant! Hang your hat on it." As if God's promise weren't enough, the Lord made another offer hard to resist – at least, you would think so (7:10-11). "O house of David, are you still having a hard time taking the Lord at His word? Then let Him strengthen your faith with a sign, as big or small as you like." Although Ahaz feigned piety and declined the Lord's offer (7:12), the Lord gave the house of David a sign anyway (7:13-14). "O house of David, I shall give you a sign that the line of David shall be preserved, and that the Lord your God is faithful and true. Behold, the virgin shall conceive and bear a Son, and shall call His name Immanuel."

I hope it's becoming clear why the Gospels place so much emphasis on the virgin birth. The reason is twofold, and we'll discuss them in turn. The first reason is that the virgin birth is a sign that God has preserved the house of David and is continuing His plan of redemption through the line of David – that is, through the Messiah. It's interesting that the phrase "conceive and give birth" is repeated throughout Scripture and points to the birth of an important player in God's plan of redemption (Gen. 21:2; Judg. 13:3). Another interesting pattern repeated throughout Scripture is that barren women often give birth to significant figures in redemptive history (Gen. 11:30; 25:21; Judg. 13:2-3). Even more interesting, however, is how these two observations converge in the birth of our Lord Jesus Christ. You see, the phrase "conceive and bear a Son" is repeated in the context of the virgin birth (Isa. 7:14; Luke 1:31). Furthermore, the virgin birth itself can be thought as something of one-upmanship on the barren woman's miraculous conception. It's as if the virgin birth signals the continuation of God's plan of redemption, and the virgin's Son is the star player.

In God You Can Trust

The second quality of a trustworthy person that the virgin birth showcases is power, the ability to keep a promise. If my siblings, for example, promised to buy me a car for Christmas, I wouldn’t trust them, because they don't have the spending power or financial means. Now it's hard for me to imagine anything more 'impossible' than a woman conceiving when she's never had sexual intercourse with a man – anything more 'impossible' for man, that is. But nothing is impossible for God Most High (Luke 1:37). Furthermore, just as we can trust God to continue His plan of redemption through the virgin's Son, so we can trust that the virgin's Son has the power to accomplish God's plan of redemption. And the reason why we can trust the virgin's Son – the reason why He has the power to accomplish God's plan of redemption – is because He is Immanuel – God with us!

The virgin birth has always been about trusting in the Lord. Can you imagine Joseph's devastation when he discovered that his betrothed had gotten pregnant before they'd even come together, and even more his shock when the angel came to him in a dream and explained that her child had been conceived through the power of the Holy Spirit? And can you imagine Mary's astonishment when the angel Gabriel told her that she would bear the Son of God Most High in her womb? Her situation becomes especially precarious when you take into consideration the fact that she could have been stoned if Joseph accused her of adultery, or at the very least shunned from her community. You see that both Joseph and Mary had to trust in the Lord, even though the idea of the virgin birth probably made less sense to them than it does to us. Yes, the virgin birth has always been a matter of trusting in the Lord.

For many of us, however, the problem is not that we don't trust the Lord to accomplish His plan of redemption in the future, but that we're so easily discouraged in the present. So how does the virgin birth, a doctrine especially dealing with trust, relate to our problem? It's important to understand that there's a close relationship between trust, hope, peace, and joy. If you imagine a building, trust is the foundation, the walls are hope, and the roof is peace and joy. That's because trust informs hope, and hope informs peace and joy. Can you trust in the Lord? Yes, God is trustworthy, because he keeps his promises and nothing is impossible for Him. Can you trust in the virgin's Son? Yes, the virgin's Son is trustworthy, because He is Immanuel – God with us. Then you can also have bedrock assurance that one day God will accomplish His plan of redemption! And you can have solid hope in the fact that one day the virgin's Son, the Root of Jesse, will set up His kingdom on earth (2 Sam. 7:8-16), that He will establish worldwide peace and justice and righteousness (Isa. 11:1-5), that His kingdom will resemble the Garden of Eden (11:6-8), and that as the waters cover the sea, so the knowledge of the Lord will cover the earth (11:9). Hang your hat on it! And if you can confidently look forward to the fulfillment of God's promises, then peace and joy will be yours! So you see, the virgin birth strengthens our trust in the Lord, so that we can confidently look forward to the fulfillment of His promises with hope and peace and joy!

I don't need to convince you that it's easy for us to become discouraged. It’s been two thousand long years since the birth of Christ, and I'm sure you'll agree, the state of things doesn't seem much improved at all. Perhaps you, like the rest of us, find yourself asking basic questions of our society. Where is peace? Where is justice? Where is righteousness? Where is good government? Indeed, our future appears bleak, if not hopeless, as things once taken for granted as societal norms are quickly evaporating before our eyes. It's all very depressing, and before you think my purpose is to put a damper on your Christmas cheer (and it's not), consider the fact that the virgin birth presents the ultimate solution to our anguish and gloom – the birth of a very special Child!

"For to us a child is born, to us a son is given, and the government shall be upon his shoulder, and his name shall be called Wonderful Counselor, Mighty God, Everlasting Father, Prince of Peace. Of the increase of his government and of peace there will be no end, on the throne of David and over his kingdom, to establish it and to uphold it with justice and with righteousness from this time forth and forevermore. The zeal of the LORD of hosts will do this" (Isa. 9:6-7).

Here is hope and joy and peace, if only you will trust in Him. God be with you!