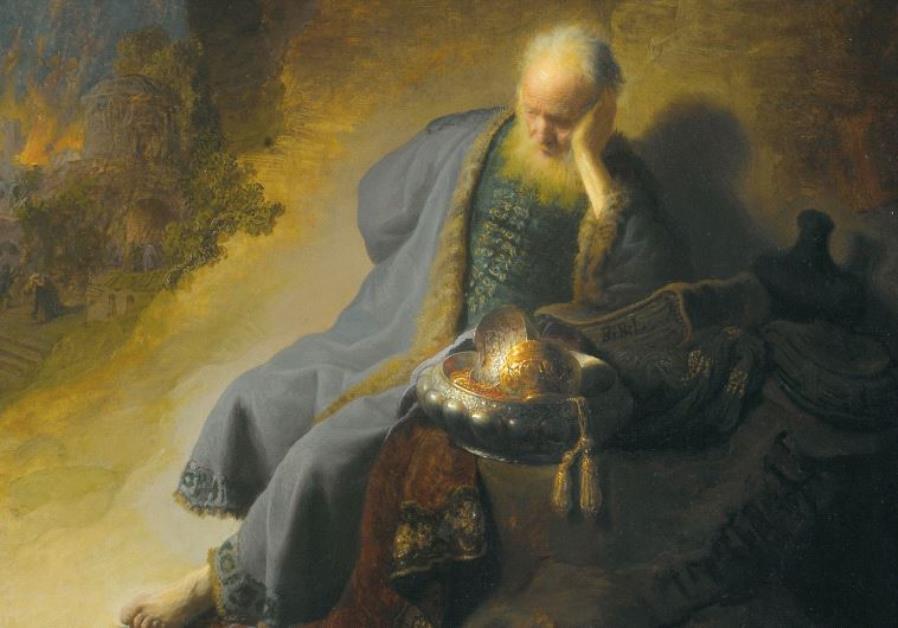 “A voice was heard in Ramah, weeping and loud lamentation, Rachel weeping for her children; she refused to be comforted, because they are no more.”

What is the purpose of this lesser-known citation?

By this point, we are accustomed to seeing Old Testament quotations as links to chapters or sections rather than one-off verses. Hence, you may have anticipated that this article will involve all of Jeremiah 31, and not just Jeremiah 31:15. One of the better known chapters in the prophets, Jeremiah 31 is known for its promise of the New Covenant. Yet, this wonderful promise only occupies verses 31-40. There are 30 verses of the Lord proclaiming restoration for His people prior to the prophecy concerning the New Covenant! Sandwiched amidst the anticipated restoration, however (to which we will return later in this article), is a solitary verse of sadness: Jeremiah 31:15. Matthew carefully plucks this one verse of mourning in a chapter of rejoicing, and this is his reference for the slaughter of the innocents. Matthew’s citation is strategic, but to fully understand his strategic reference, we need to grasp the significance of this exilic verse in a chapter of joy.

We must ask: why is Jeremiah 31:15 so sad compared to the rest of the chapter? To answer this, we must understand that Jeremiah is writing at the time of the exile of Judah (the Southern Kingdom). Ramah is a city towards the north (actually, it would have been in the Northern Kingdom of Israel), and hence, exiles going up to Babylon may pass through or near this city. Jeremiah, in fact, spent some time in this city under captivity (see Jer. 40:1). In Hosea, who was anticipating the exile of the Northern Kingdom, we find Ramah also connected to exile (see Hos. 5:8-9). In the prophets, the city is used in exilic contexts, and this helps inform our understanding of Jeremiah 31:15. Yes – restoration is coming. But right now, there is exile. Children are being dragged away off to Babylon and there is great weeping and mourning in Judah. This verse is a poignant reminder of the imminent and occurring exile.

This forms a key connective theme between Jeremiah 31 and Matthew 2: Both depict exile. Perhaps this may come as a surprise… after all, haven’t we seen Matthew focused on the Messiah who has come to restore His people? Yes, this is Matthew’s focus, but Matthew is also interested in depicting the exile from which Messiah will free His people. Matthew’s citation of Jeremiah 31:15 is his reminder to his readers that Israel is still in exile. They still need deliverance from the nations.

We may not often think of exile in the New Testament. After all, don’t Zerubbabel, Ezra, and Nehemiah lead groups of exiles back to the land of Israel at the end of the Old Testament? Were not there only to be 70 years of captivity, and then freedom for God’s chosen people?

Yes and no. Yes, a remnant of the Jews returned to the promised land following the decree of Cyrus the Persian. But no, this was not restoration. Restoration, as we have been seeing in Micah and Hosea, means the Messiah will rule over Israel in peace. Yet, Haggai and Zechariah, both post-exilic prophets, make clear that the Messiah is not ruling over Israel (see Hag. 1:1 and Zech. 1:1; both portray the pagan Persians as rulers over Israel). Additionally, the period of restoration was to be one in which the nations came under God’s Law – yet Nehemiah depicts the nations as opposing Israel (see, for example, Neh. 2:9-10). The great restoration was to be a time of spiritual restoration to God as well. Malachi, however, throughout his whole book, demonstrates that the spiritual state of Israel was still polluted.

Matthew is reminding his readers that Israel is still in physical exile. They are not restored under Messianic rule. Just as there was exilic weeping in Jeremiah’s day, so is there exilic weeping as an evil ruler oppresses Judah at the time of Jesus’ birth. Messiah is needed to deliver His people from their spiritual and physical exile.

As mentioned earlier, though, exile is not the end. Jeremiah 31:15 is just one verse of weeping amidst many of restoration and rejoicing. Let’s look at a few significant verses in Jeremiah 31:

Jeremiah 31:9-10. “With weeping they shall come, and with pleas for mercy I will lead them back, I will make them walk by brooks of water, in a straight path in which they shall not stumble, for I am a father to Israel, and Ephraim is my firstborn. Hear the word of the LORD, O nations, and declare it in the coastlands far away; say, ‘He who scattered Israel will gather him, and will keep him as a shepherd keeps his flock.’”

Jeremiah 31:16b-18. “They shall come back from the land of the enemy. There is hope for your future, declares the LORD, and your children shall come back to their own country. I have heard Epharaim grieving, ‘You have disciplined me, and I was disciplined, like an untrained calf; bring me back that I may be restored, for you are the LORD my God.’”

That Israel would come with weeping and pleas for mercy is indicative of their repentance; that Israel would recognize the discipline of Yahweh and desire restoration confirms this. Here is prophesied the spiritual restoration of Israel (for a clear depicting of Israel’s coming repentance, see Zechariah 12:10-13:1). Yahweh says that He will lead them back to Himself and make them walk by brooks of water. This shepherd-like imagery reminds us of the familiar language in Psalm 23. Indeed, Yahweh will be the Shepherd of Israel and He will restore those whom He has scattered, just like Micah prophesied. Ephraim is also Yahweh’s firstborn son. This language directly links us to Hosea 11:1 (which Matthew has just cited). Matthew’s train of thought is following this thread throughout the prophets. Yahweh, the Father of Israel, will be their Shepherd-Ruler and restore them back to Himself because He cannot, in His hesed love, give them up. Yahweh will restore His children back to their own country; He will restore them to their homes.

This is significant for Matthew’s argument in chapter 2. Jeremiah 31 anticipates, after the very physical exile, a very physical restoration. Not only will Israel turn to Yahweh in repentance and mourning, but Yahweh will restore them back to their actual homes. The promised land is still the promised land. Israel is still God’s son. And though He be disciplined, Matthew proclaims the good news: Messiah has come to earth as Yahweh incarnate to Shepherd, rule, and lead His people in the exodus back to their homes!

The call to Israel is her repentance. She must turn from her rebellion and recognize this Jesus is the Christ, the Son of the Living God. And this call to Israel, in God’s mercy, has come to the Gentiles as well. Let us praise God that we are ingrafted into His people! Let us also take heed, that we not continue in our rebellion. The Messiah is given for the salvation of Jews and for Greeks; let us bend our knees and bow our heads, confessing our sins and turning to Yahweh for forgiveness through Christ. Let us turn away from our rebellion and wickedness and live in the path of righteousness as we anticipate the second advent of our blessed Lord and Christ!

Our final article in this “series” on Matthew 1-2 will, God-willing, take a look at Matthew’s curious citation in 2:23 next week and conclude this little study.