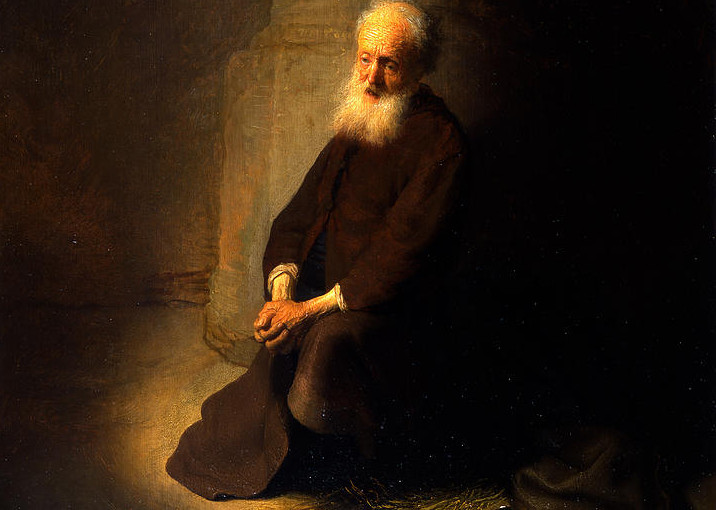 In Acts 12, we find a familiar story that is loaded with both encouragement and practical instruction for the church today. In a nutshell, Luke shows us that through the persistent prayers of the saints, the church is miraculously preserved through all her afflictions by a sovereign work of the Lord. But let’s take a closer look at the text to see how this plays out.

“About that time Herod the king laid violent hands on some who belonged to the church. He killed James the brother of John with the sword, and when he saw that it pleased the Jews, he proceeded to arrest Peter also. This was during the days of Unleavened Bread. And when he had seized him, he put him in prison, delivering him over to four squads of soldiers to guard him, intending after the Passover to bring him out to the people. So Peter was kept in prison, but earnest prayer for him was made to God by the church” (Acts 12:1-5).

Like the good historian that he is, Luke first establishes context for the orderly narrative that is about to unfold by providing some background information that sets us up for a correct reading of the text. As the scene opens, we are met with a recurring figure in the Luke-Acts storyline (Luke 3:19; 9:9; 13:31; 23:11; Acts 4:27-28) – ever the antagonist, Herod the king. He kills James the brother of John with the sword, and seeing that it wins him some political brownie points with the Jews, elects as his next target the leader of the church, none other than the Apostle Peter himself. After arresting the apostle, he turns him over to four squads of soldiers for safe keeping. Why so many? Perhaps Herod recalled a previous incident in the book of Acts where the Sanhedrin arrested the Apostles and put them in public prison, only to discover the next morning that they had escaped from their cells and were standing in the temple teaching the people (Acts 5:17-26). In any case, the soldiers were responsible for guarding the prisoner until after the Passover so that Herod could make a public spectacle of him. That Luke mentions the context for Peter’s arrest and imprisonment was during the Passover, recalling Israel’s own miraculous escape from the land of Egypt and her deliverance from Pharoah and the Egyptian army, raises our own expectations that this will ultimately turn out for Peter’s deliverance.

Before moving on, we must not miss what the church has been up to this whole time. While Peter is kept in prison to die a martyr’s death, the church is praying earnestly on his behalf. This is more than just a passing comment; Luke would have us understand the verses that follow (Acts 12:6-11) as the outcome of the church’s earnest prayer for Peter. So as we change scenes, we have high hopes for Peter. Though a prisoner on death row, as it were, the church is praying fervently on his behalf – and we know that “The prayer of a righteous person has great power as it is working” (Jam. 5:16).

“Now when Herod was about to bring him out, on that very night, Peter was sleeping between two soldiers, bound with two chains, and sentries before the door were guarding the prison. And behold, an angel of the Lord stood next to him, and a light shone in the cell. He struck Peter on the side and woke him, saying, ‘Get up quickly.’ And the chains fell off his hands. And the angel said to him, ‘Dress yourself and put on your sandals.’ And he did so. And he said to him, ‘Wrap your cloak around you and follow me.’ And he went out and followed him. He did not know that what was being done by the angel was real, but though he was seeing a vision. When they had passed the first and the second guard, they came to the iron gate leading into the city. It opened for them of its own accord, and they went out and went along one street, and immediately the angel left him. When Peter came to himself, he said, ‘Now I am sure that the Lord has sent his angel and rescued me from the hand of Herod and from all that the Jewish people were expecting’” (Acts 12:6-11).

As the scene shifts, we find ourselves inside a prison cell along with a sleeping Peter. With two soldiers chained to him on either side and sentries at the door, things don’t look promising for the sleeping apostle. But nothing is too difficult for the Lord, and suddenly there appears from out of nowhere an angel of the Lord who strikes Peter on the side so as to wake him. What follows is a fast-paced narrative that serves to highlight the fact that Peter is no more responsible for his escape than he was for healing a lame man (Acts 3:12, 16) – God alone gets the credit for Peter’s miraculous escape. We see this from the fact that the angel issues all the imperatives (“Get up, get dressed, follow me”), while Peter merely nods in submission (“And he did so”). Peter doesn’t even know that what is happening with the angel is real, but thinks he is seeing a vision. Even details so understated in the text about the chains falling off his hands and the iron gate opening by itself are not insignificant – they all point to the fact that Peter did nothing to aid his escape; it was all the Lord’s doing. Not until the angel departs does Peter even open up his mouth to speak – and even then, it is simply to affirm the sovereign accomplishment of the Lord in rescuing him from the lion’s mouth.

At this point, we should pause to ask an important question: Why does Luke tell us this story? Before we can answer that, let’s first agree on what Luke is not saying – that persecuted Christians can and should expect to experience the same kind of miraculous deliverance that Peter did. After all, just a few verses earlier we read that James the brother of John was killed with the sword. Right there in the text is a built-in clue that we should not make Peter’s experience normative for all believers, which would be to read the text in an overly individualistic way. So what is Luke trying to show us then? It seems best to understand that in Peter’s escape Luke sees a principle that goes far beyond Peter’s own personal experience and has implications for the church at large. That principle is that no earthly ruler can ultimately do away with the church of Jesus Christ, because the Lord is on her side – and “If God is for us, who can be against us” (Rom. 8:31). That’s not to say we won’t face persecution; that’s not even to say that we won’t have to die for our faith like James did – “through many tribulations we must enter the kingdom of God” (Acts 14: 22). But it is to say that “in all these things we are more conquerors through him who loved us” (Rom. 8:37).

As we leave a bewildered Peter to stand vulnerably in the street by himself, the suspense builds, and we wonder what will become of him. But in the meantime, let’s not forget what we have learned – the church will be persecuted, but through her persistent prayers, God will preserve her through to the end.