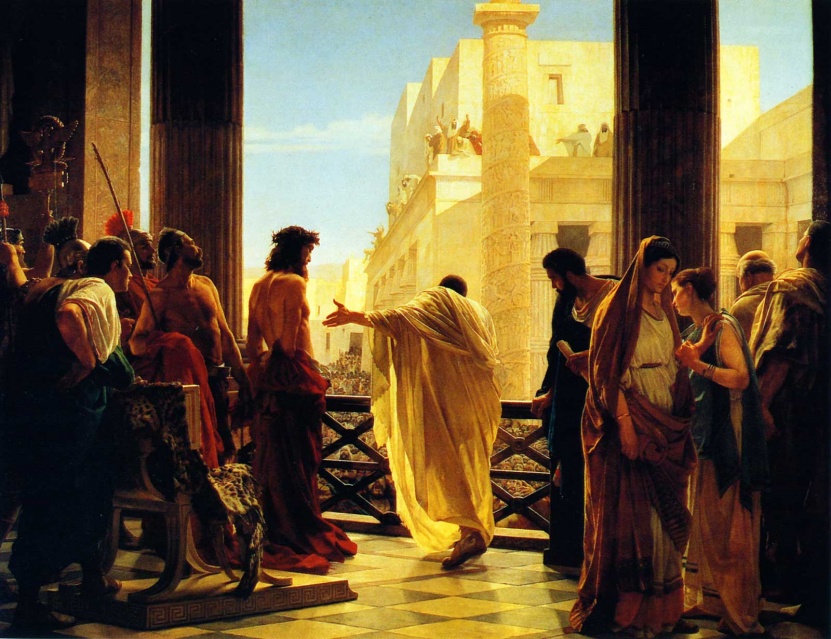 "O worthiest cousin! The sin of my ingratitude even now was heavy on me. Thou art so far before, that swiftest wing of recompense is slow to overtake thee: would thou had'st less deserv'd that the proportion both of thanks and payment might have been mine! only I have left to say, more is thy due than more than all can pay." Those familiar with William Shakespeare's Macbeth will immediately recognize the irony of these words: the King, praising the very man who plots his death. The reader enjoys a privileged position; he knows that neither Macbeth's character nor his conduct aligns with the King's perception of him. But the King does not share the reader's privilege; he remains ignorant of his cousin's devices, resulting not in bliss, but in cruel death.

Every writer knows the challenge of trying to grab his readers' attention in the introduction; he learns in elementary school that one sure-fire way is to borrow from another writer who is more interesting than himself. You ask, "Is that why you began this article by quoting Shakespeare?" In part, but you should know that I had another purpose in citing the British playwright as well: he gives us a good example of dramatic irony (a literary device in which the author contrasts what a character says with what the reader knows to be true) and affords us an opportunity to consider how the Apostle John uses this device in narrating his account of the trial scene (John 18-19). In particular, I want to consider Pilate's words to the Jewish crowd, "Behold the man!" (John 19:5). In Latin, Ecce Homo! The words have become famous. Intentionally provocative, they beg our attention as we prepare to worship this Easter weekend.

Before we can grasp the significance of Pilate's words, we must consider them within the larger context of the trial scene – indeed, within the larger context of John's Gospel. I liken the Gospel to a trial of sorts. So, let's set the scene. Jesus has made the extraordinary claim that He is the Son of God; in turn, the Jews have charged Him with blasphemy (John 10:29-33). As it were, the Evangelist becomes a lawyer, defending the claims of Jesus. Indeed, he says as much in his purpose statement: "...but these have been written that you may believe that Jesus is the Christ, the Son of God" (John 20:31). Signs are performed and witnesses are brought forth, all for the purpose of testifying to the identity of Jesus. The culminating effect of the argument is to call the reader to render a verdict concerning this man. Is He the Son of God, or not?

In this way, the trial scene functions as a microcosm of the whole Gospel. When the Jews brought Jesus to stand trial before Pilate, they attempted to masquerade Him as a political threat, but their true motive was eventually exposed: "...he has made Himself the Son of God" (John 19:7). Thus, the question of the trial scene is the same question as that of the whole Gospel: Is Jesus the Christ, the Son of God? At this point, it's instructive to note John's emphasis on the innocence of Christ. Three times Pilate declares Jesus not guilty. You ask, "Why is that important?" The answer is simple: with the avowed innocence of Christ comes a vindication of His claims. Seemingly, the Apostle would have us understand the threefold affirmation of Jesus' innocence in a bigger sense – as an affirmation of His identity as well. He is the Christ, the Son of God! So, having established the context, the significance of Pilate's words begins to emerge. In effect, they serve as an invitation to the reader to confess Jesus for who He is. But let me explain this further.

The words have often been taken as a reference to the humanity of Christ – and to be sure, such an explanation is not foreign to the author's intent. In this moment, the humanity of Jesus is put on full display. In fact, apart from the cross, the weakness and humanity of Christ have never been more clearly manifested. But upon further reflection, perhaps John is inviting us to see something more than mere flesh and blood; perhaps he beckons us to look beyond the humanity of Christ and behold, instead, His deity. Indeed, throughout the Gospel of John, there has been an emphasis on the deity of Christ. Consider a few examples:

"This is why the Jews were seeking to kill him, because not only was he breaking the Sabbath, but he was even calling God his own Father, making himself equal with God." John 5:18

"'I and the Father are one.' The Jews picked up stones again to stone him. Jesus answered them, 'I have shown you many good works from the Father; for which of them are you going to stone me?' The Jews answered him, 'It is not for a good work that we are going to stone you but for blasphemy, because you, being a man, make yourself God.'" John 10:30-33

Pilate sees but a man; but what Pilate sees and what we know to be true are two different things. So, as Pilate declares, "Behold the man!" it becomes an invitation for the reader to reply, "Yes, but He is much more than a man; He is God." Inevitably, in beholding the man, we wind up beholding our God as well. Indeed, this is the irony of the Gospel: that God would die on a cross for you and me. Behold the man!