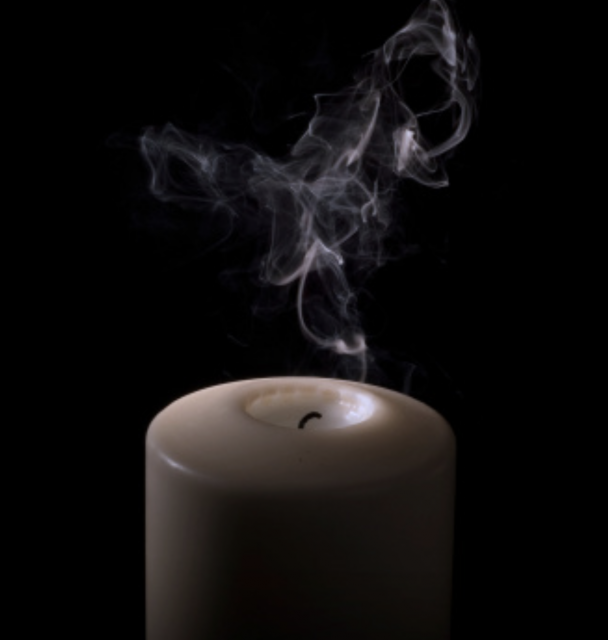 “Jesus said, ‘For judgment I came into this world, that those who do not see may see, and those who see may become blind.’” John 9:39

Sight without light is really blindness. Our eyes only work with light, so seeing nothing but darkness is the same as being blind. After Jesus heals the blind man in John 9, He does what He does so often – He uses the physical to teach a spiritual lesson. And this lesson is both a condemnation of the Pharisees and a warning to us – if we have spiritual eyes to perceive it.

We know that Jesus came to open blind eyes and deliver sinners sitting in dark prisons from slavery to sin. But it’s easy to overlook the sobering fact that He also came to judge those who apparently ‘see’. When the Pharisees heard this statement by Jesus, their cynical reply was, “Are we also blind?” (John 9:40) And Jesus’ sobering reply to them should cause us to shudder:

What is He talking about? To answer this, we need to back up and get some understanding about John’s use of light as a metaphor in his Gospel. Then we’ll be able to interpret ‘blindness’ and the implications of ‘sight’ that is really blindness and leaves one condemned in guilt.

Who Is the Light?

Anyone familiar with John’s Gospel knows that Jesus is the ‘Light of the world’ (John 8:12). Put simply, light is a symbol of truth, holiness, and spiritual life, which is contrasted by the darkness of lies, sin, and death. In John’s Gospel, it is a deep and rich metaphor that could be seen as expanded in Jesus’ further claim that He is ‘the way, and the truth, and the life’ (John 14:6). He is the light that illuminates the way to God through the truth of His words, which bring life by the Spirit (John 6:63) and freedom from slavery to sin (John 8:31-32, 34-36). He is the life that is the light of men (1:4), and whoever believes in Him will walk in the light, will have the light of life (John 8:12), and become a son of light (John 12:36). This is ‘light’ in John in a nutshell.

There is, however, another layer to John’s use of light, which he draws from the Old Testament and especially the prophet Isaiah. John emphasizes Jesus’ identity as the Light of the world because that is how Isaiah foretells the coming of Christ. Recall how Isaiah predicts that in Galilee the people who walked in darkness would see a great light (Isa. 9:2; cf. Matt. 4:14-16) – this is none other than the Son who would be given and whose name is called Wonderful Counselor, Mighty God, Everlasting Father, and Prince of Peace (Isa. 9:6). Later, it is the suffering servant whom God will give as a light for the nations, to open the eyes that are blind, and to bring out prisoners sitting in dark dungeons (Isa. 42:6-7; cf. 49:6 & 9). Ultimately, this light will arise and shine for glory to His people Israel, and the nations will come to this light (Isa. 60:1-3; cf. Luke 1:29-32). Thus, John is emphasizing that Jesus, as the Light of the world, is the long-awaited Christ that Isaiah foretold would come to bring salvation to the world.

These are pretty big claims, and it is fair to ask why they should be believed. Therefore, as is His pattern, Jesus backs up His claims with the miraculous. When He teaches as one who has authority, He demonstrates His authority over demons (Mark 1:22,27). When He claims to have authority to forgive sin, He demonstrates His authority over disease (Mark 2:11). When He claims to be Lord of the Sabbath, He heals the crippled on the Sabbath (Mark 2:28-3:5).

Who Is Destined for Darkness?

With that background, we can now consider the question: who is destined to remain blind and condemned in their guilt? Why do people choose darkness? In other words, why would anyone not come to Jesus Christ, the Light of the world, to be saved from slavery to sin?

The first is obvious and straightforward – people love darkness and hate the light because the light exposes their wickedness and evil deeds which they continue to love and choose to do (John 3:19-20). This is not pretty, but it is easy to understand and identify.

The second reason is more subtle and insidious – people love their own light, and being content with their man-made moralism and self-styled truth, they ultimately reject the light of Christ. These are the ones who ‘see’ or who at least say, ‘we see’ (John 9:39-41). The reality of this latter group – the self-righteous – should particularly alarm us, because not only did Jesus come to condemn them, rather than save them, but many of them also go to church.

Yes, these folks often find themselves comfortable in the company of Christians, although they are also at ease within other kinds of ‘do good’ societies. Externally, they come across quite exemplary, and many are even willing to confess that Jesus died for their sins and rose again. However, even after knowing them for a long time, you have never heard them confess any significant sins. You have never heard them humble themselves in repentance or express godly sorrow for their sin. Although they confess that Christ died for their sins, they also communicate that, in their case, they have always done their best to do right, and with the best intentions, and even though they are not perfect (who is?) and have often made minor mistakes (who doesn’t?), most of these happened without them even being aware of it! Romans 7 is not part of their testimony; neither have they ever truly cried out from the heart, “Wretched man that I am! Who will deliver me from this body of death?” (Rom. 7:24).

Such people have little need for another light when they are so satisfied with the light of their own goodness and understanding, some of which seems biblical, but which they have nevertheless kindled for themselves. They are not looking much for freedom from the darkness of slavery to sin, because their own soul does not seem very dark from their perspective. And again, while most such people in our day reject religion, there are many who are religious, including many who identify as Christians. These ones are willing to add a little of Christ’s light to their own light – Christianity only improves upon their already rather satisfactory life. And when in church, they pray, “God, I thank you that I am not like other men…” (Luke 18:11).

What Is the Consequence of Kindling Your Own Light?

Did Christ, however, come to save those who are satisfied to ‘see’ and ‘walk’ by their own light – that is, those who are not overly burdened by the darkness of their own soul? Again, did Christ come to save those who have always done their best, and with the best intentions, except a bit imperfectly, with minor mishaps along the way, mostly unawares? Isaiah gives the answer – after the servant, the light for the nations, speaks of His own perfect obedience and suffering:

“Who among you fears the Lord and obeys the voice of his servant? Let him who walks in darkness and has no light trust in the name of the LORD and rely on his God.

Behold, all you who kindle a fire, who equip yourselves with burning torches! Walk by the light of your fire, and by the torches that you have kindled! This you have from my hand: you shall lie down in torment.” Isaiah 50:10-11

What Will You Choose?

Everyone must choose between darkness and light. But for some, the choice will be between two lights - one is dimly lit and kindled by oneself; the other is the light of the Lord. Unless one trusts in the light of Christ alone, and repents of any reliance on one’s own righteousness, he cannot be saved. Don’t be too quick to dismiss this warning of Scripture. This means that you will have to see the darkness of your own soul and mourn over it. You must desire the light of which you are devoid on your own and call out for it. You must know your blindness and know the darkness of the dungeon you are or were sitting in, enslaved to sin. And you must snuff out the dimly lit torch of your self-righteousness – and keep snuffing it out – while turning in repentance and trust to the only light, who is also the only way, the only truth, and the only life.